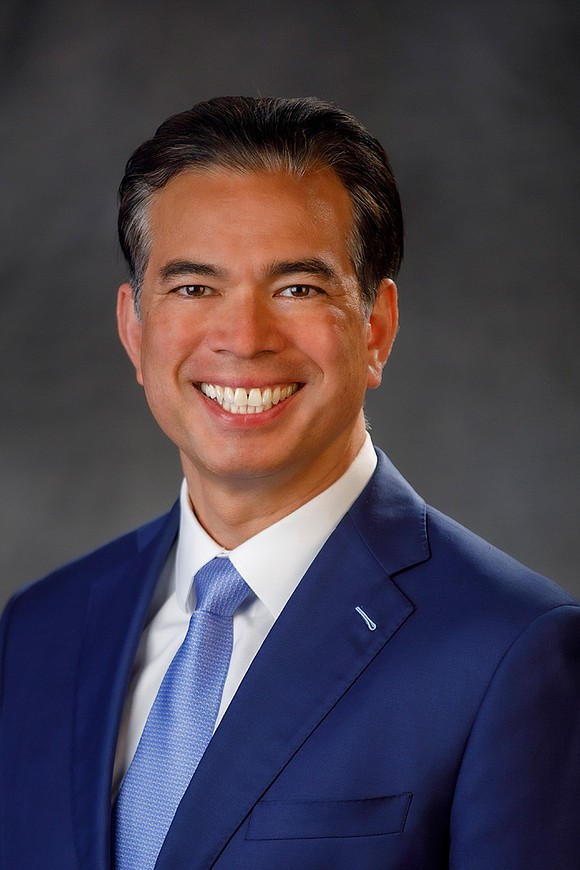 On April 23, 2021, Rob Bonta was sworn in as the 34th Attorney General of the State of California, the first person of Filipino descent and the second Asian-American to occupy the position. Rob Bonta

California Attorney General Rob Bonta this week joined a coalition of 24 state attorneys general in urging the U.S. Supreme Court to uphold its precedents protecting a woman’s right to decide before viability whether to carry a pregnancy to term.

In an amicus brief filed with the Court, the coalition argues that Mississippi’s pre-viability abortion ban is unconstitutional and should remain unconstitutional. In 1973, the Supreme Court ruled in Roe v. Wade that the Constitution does not permit States to prohibit a woman from deciding before viability whether to carry her pregnancy to term. That ruling was affirmed in Planned Parenthood v. Casey in 1992 and reaffirmed in the following decades. The coalition argues that Mississippi’s ban is unconstitutional under settled law, and that the Court should continue to uphold this well-established precedent.

“There are few choices more personal than deciding whether to carry a pregnancy to term,” Bonta said. “The right to make that decision has been under a coordinated attack by lawmakers in States seeking to deny women the right to decide what is best for their own bodies and futures. Let’s be clear, Mississippi’s abortion ban, like Texas’, South Carolina’s, and others that seek to outlaw pre-viability abortion, is blatantly unconstitutional under settled United States Supreme Court precedents. Those precedents should be upheld by the Court.”

In March 2018, the governor of Mississippi signed into law what was then the strictest abortion ban in the Nation. The law prohibits abortion at 15 weeks, with few exceptions, even in cases of rape or incest. A federal district court judge struck down the law stating that Mississippi “chose to pass a law it knew was unconstitutional...to ask the Supreme Court to overturn Roe v. Wade.” The U.S. Court of Appeals for the Fifth Circuit affirmed the district court’s ruling.

Bonta said he is committed to defending Californians’ reproductive rights, whether they are in California, or working, travelling, or attending school in other states. In recent weeks, the Attorney General has joined coalitions urging the courts to block unconstitutional bans in Texas and South Carolina. In April, the Attorney General’s office also joined a coalition in filing an amicus brief challenging Tennessee’s abortion ban. In September, the U.S. Court of Appeals for the Sixth Circuit blocked the ban.