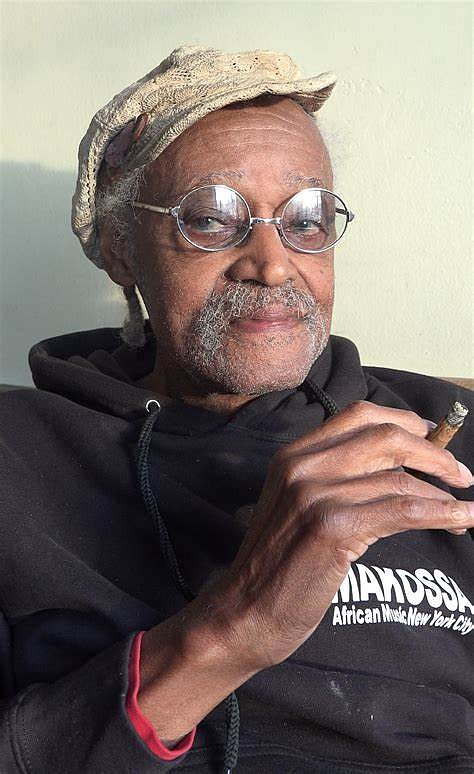 Melvin Van Peebles, the groundbreaking playwright, musician and movie director whose work ushered in the Blaxploitation wave of the 1970s and influenced filmmakers long after, has died. He was 89.

His family said in a statement that Van Peebles, father of the actor-director Mario Van Peebles, died Tuesday evening at his home in Manhattan.

“Dad knew that Black images matter. If a picture is worth a thousand words, what was a movie worth?” Mario Van Peebles said in a statement Wednesday. “We want to be the success we see, thus we need to see ourselves being free. True liberation did not mean imitating the colonizer s mentality. It meant appreciating the power, beauty and interconnectivity of all people.”

Born in Chicago on Aug. 21, 1932, Van Peebles was sometimes called the godfather of modern Black cinema and was best known for “Sweet Sweetback s Baadasssss Song!” one of the most influential movies of its time. The low-budget, art-house film, which he wrote, produced, directed, starred in and scored, was the frenzied, hyper-sexual and violent tale of a Black street hustler on the run from police after killing White officers who were beating a Black revolutionary.

With its hard-living, tough-talking depiction of life in the ghetto, underscored by a message of empowerment as told from a Black perspective, it set the tone for a new genre.

“All the films about Black people up to now have been told through the eyes of the Anglo-Saxon majority in their rhythms and speech and pace,” Van Peebles told Newsweek in 1971, the year of the film s release.

“I could have called it The Ballad of the Indomitable Sweetback. But I wanted the core audience, the target audience, to know it’s for them,” he told The Associated Press in 2003. “So I said ‘Ba-ad Asssss, 2 like you really say it.”

Made for around $500,000, it grossed $14 million at the box office despite an X-rating, limited distribution and mixed reviews. But in the wake of its success, Hollywood realized an untapped audience and began churning out such Blaxploitation box office hits as “Shaft” and “Superfly.”

After his initial success, Van Peebles was bombarded with directing offers, but he chose to maintain his independence.

“I’ll only work with them on my terms,” he said. I’ve whipped the man’s ass on his own turf. I’m number one at the box office which is the way America measures things and I did it on my own. Now they want me, but I’m in no hurry.”

Van Peebles then got involved on Broadway, writing and producing several plays and musicals like the Tony-nominated “Ain’t Supposed to Die a Natural Death,” and “Don’t Play Us Cheap. “He later wrote the movie “Greased Lighting” starring Richard Pryor as Wendell Scott, the first Black race car driver.