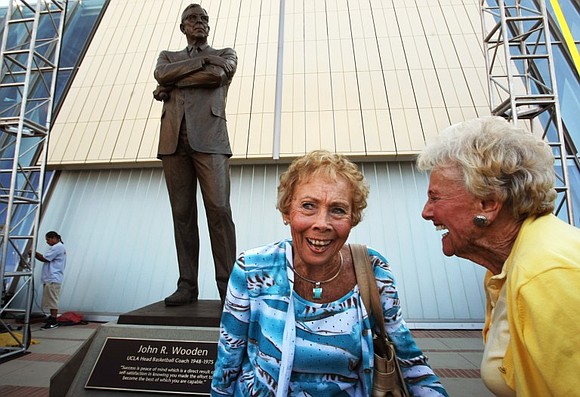 According to the university, Nan Wooden died of natural causes. Her father, widely regarded as one of the greatest coaches of all time, died in 2010 at age 99.

Nan Wooden was one of John Wooden’s two children. She is survived by her brother Jim.

Nan Wooden was a longtime presence at Pauley Pavilion long after her father retired from coaching in 1975, often occupying John Wooden’s reserved seat at the arena, according to the university. Her grandson, Tyler Trapani, played for UCLA from 2008 to 2012.