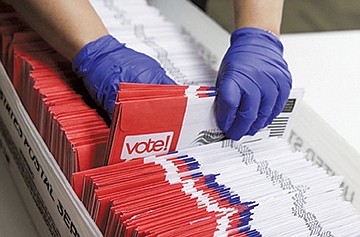 With the recall election just days away, experts are anxious to clear up any uncertainty surrounding voters who will determine the person sitting as governor through the next Sacramento inauguration in 2023.

“Here in the state of California, we’re in a bit of a state of confusion,” said Dr. Raphael Sonenshein, executive director of the Pat Brown Institute for Public Affairs at Cal State LA. He spoke at a recent Ethnic Media Services conference.

Sonenshein noted that not too many folks took this recall seriously until ballots were mailed to all of the state’s registered voters. Even then, some may have thought that there was a lawsuit against the recall. It is important for voters to know that the lawsuit failed and the election is set.

“This election really didn’t begin until 10 days ago,” he said. “Every single day between now and Sept. 14 is an important day. Every day matters.”

Noting that he would have worded the ballot differently, Sonenshein explained what he called a counterintuitive nature of the ballot—that if voters choose “no” on question one, they will actually be supporting Gov. Gavin Newsom, who has had to quickly campaign to fight his opponents.

“It’s almost like the census effort and the whole vaccination effort has been telescoped into a few weeks,” Sonenshein said. “The ballot only has two items on it, but my friends are totally confused by it.”

Secretary of State Shirley Weber noted that there are flaws in the recall system, which she hopes will be addressed after this election. And she agreed with Sonenshein about the rushed timeframe.

However, Weber believes that the simplicity of the ballot is resulting in more turnout than usual. The secretary said the fact that the ballot only has two questions is a plus for some. Many regular elections can overwhelm voters, she explained, in that there are usually quite a number of propositions for them to consider, along with a list of prospective legislative positions to fill.

“Early absentee ballots are coming in at very high levels,” Weber said, noting that so far, older voters are out-performing those aged 18 through 34. She believes that the election is about who sends their ballots in.

“This is pure numerical force,” Weber added. “And what’s behind these numbers are people’s lives and equity of participation.”

Weber said that with more than three million ballots returned already, this is a relatively popular election, with some areas outpacing the 80 percent return rate that took place in the November, 2020 presidential race.

Voting for only one of the two questions on the ballot is allowed, Weber explained, saying that she didn’t have any idea who most of the persons were who are listed in question two.

“There are two separate questions and they don’t impact each other,” she said, noting that one question does not validate or invalidate the other. Each one will be counted. “There’s no connection. You can vote on the first one, you can vote on the second one.”

Weber hopes every Californian who is registered to vote will turn in their ballot before Sept. 14. Mail ballots must be postmarked by that date and in-person voting locations will be open from 7 a.m. to 8 p.m. Voters who are in line at 7:59 p.m. will be allowed to vote.

“Be sure to vote for number one,” Weber said, noting that the list of 46 candidates on the second ballot question may confuse some voters. “I want to encourage everyone to get their ballot and vote. If you can’t vote on number two, just vote on number one.”

Voters can drop their ballot in any ballot box within the county and can track their ballot so they have some engagement in the process.

Additionally, California has same-day, same-registration voting, so those who missed the Aug. 30 registration date can visit a voting site and register.

“It’s a simple election,” Weber said. “Let’s not complicate it, let’s just get it done.”