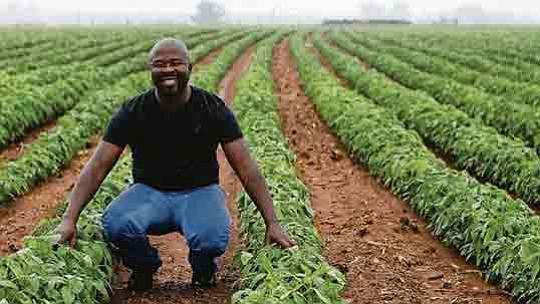 Following the $4 billion debt relief bill for Black farmers, the New York Times reports that banks are fighting back noting that quick repayments will cut into profits.

The institutions are complaining that the government’s initiative to pay off the loans of those Black farmers who have faced decades of discrimination not only hurt investors but cut into the bank’s profits.

In March, Congress passed a $1.9 trillion stimulus package which includes debt relief for Black farmers and is intended to make things right for years of discrimination faced by all nonwhite farmers.

As of today, no money has been received by those farmers.

Aside from the drama with the banks, White farmers sued the U.S.D.A over the initiative claiming that they are victims of reverse discrimination.

Now, three of the largest banking groups involved in the settlement have formed their own fight against the money that is rightfully owed to Black farmers.

The American Bankers Association, The Independent Community Bankers of America, and National Rural Lenders Association all argue that allowing borrowers to repay their debts early will cause the lenders to be denied income they have long expected.

In a letter sent to agriculture secretary, Tom Vilsack, the banks reveal that they will be more reluctant to extend credit if the loans are quickly repaid, which will reportedly not be beneficial for Black farmers in the long run.

“If U.S.D.A. does not compensate lenders for such disruptions or avoid sudden loan payoffs, the likely result will be less access to credit for those seeking U.S.D.A. guaranteed loans in the future, including U.S.D.A. farmers/ranchers,” reads the letter.

During this time, the U.S.D.A has not shown any signs of switching from its initial decision to provide Black farmers with a huge resource to survive.

According to an inside source, the agency has plans to begin the debt relief process in the coming weeks.