LAPD criticized for redeployment of controversial unit in South LA

Increase in stop and frisk 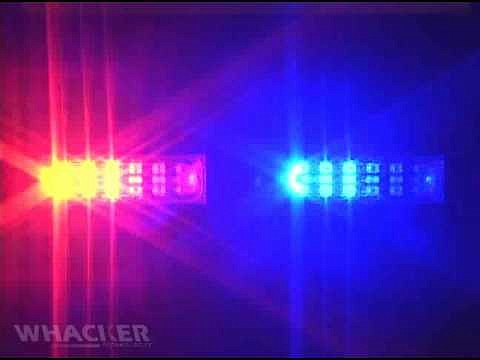 The Metropolitan Division Unit of the Los Angeles Police Department (LAPD) has received some backlash and criticism from Black Lives Matter (BLM) members, other civil rights activists and South LA residents regarding their tactics of stopping vehicles owned by people of color at a higher rate than White drivers, giving the impression their tactics are racist. LAPD Chief Michel Moore’s response was to pull the Metro Division out of South LA, however, there has been a spike in recent homicides and crime.

The crime surge happened throughout the COVID-19 pandemic year. By the end of January, 2021 homicides were up 111 percent compared to 2019 and 40 percent higher than January 2020, according to LAPD data.

Shootings were also up over 160 percent. Therefore Moore decided to redeploy the Metro Division’s officers to be stationed temporarily in South LA in a new role to decrease crime.

According to Moore, officers are in uniform controlling “investigative stops” which came from “information gleaned from crime alerts, real-time statistics and communication with the area commanding officers regarding the most recent crime trends,” also officers are “held to a high standard and mandated to engage in constitutional policing, which relies on reasonable suspicion and probable cause for detentions and arrests.”

However, South LA residents are not too fond of the idea. Some activist groups in LA, such as the American Civil Liberties Union (ACLU), raised some concerns regarding the Metro Division's redeployment.

“LAPD’s decision to redeploy the Metro Division to South LA shows disregard for that Division’s confirmed record of corruption, falsifying information, and racist stop practices that treat the South LA community like occupied territory,” Adrienna Wong, the Senior Staff Attorney of the ACLU Foundation of Southern California said. “We join the PUSH-LA coalition in demanding immediate withdrawal of the Metro division out of South LA.”

According to LAPD data, the Metro Division regulated 74 stops which led to 50 arrests and 38 guns confiscated, a higher number of arrests than during random stop and frisk tactics in the past. Metro officers are also carrying out arrest- and search warrants, as well as seizing suspects.

“We have bolstered patrols in those communities most impacted by gun violence,” Moore told the LA Times. “We know as a profession, and data shows, increased police presence when approached correctly reduces violence and improves trust.”

BLM - LA announced last year, after the unrest between the LAPD and peaceful protesters, that they want “the dismantling of the LAPD entirely.” In the past, the Metro Division Unit came under scrutiny after a 2019 Times investigation found out that African-American and Latinx drivers were stopped more frequently than White drivers, although White drivers were caught with higher amounts of contraband.

The number of search-stops jumped to 423 from 2019 to 2020. The LAPD department’s inspector general found that the stops were “of limited effectiveness in identifying evidence of illegal firearms or other serious crimes.”

A representative of BLM-LA could not be reached for comment. Opponents say the analyzed data by the Times doesn’t clarify search tactics by the Metro Division to be racist. However, many civil rights activists believe that the racial disparities discovered by the newspaper’s investigation are enough evidence. Civil rights attorney

Connie Rice who has worked on policy reforms with the LAPD told the Times that the analysis is “really off the chain,” and compared these tactics to the controversial “stop-and-frisk” procedures done by the New York Police Department, who have also received backlash for being racist.