Women rise up globally against femicide 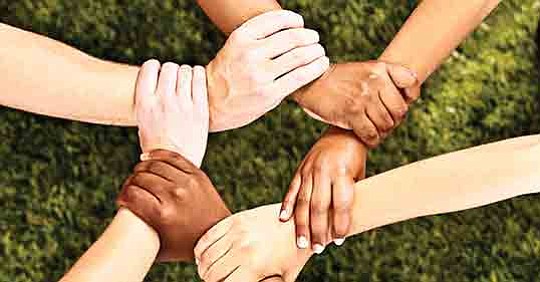 March is Women’s History Month, but year-round, women around the world are celebrating independence, fighting for equal rights and combating femicide.

The term “femicide” means, “the killing of a woman or girl, in particular by a man and on account of her gender.”

The roots of Women’s History Month originated when New York City women who worked in textiles. In 1908 protested low wages, working conditions, and their long, 12-hour day work shifts. Two years later in Germany, socialist Clara Zetkin asked for an International Women’s Day to honor the fight for women’s equal rights. It has been celebrated globally ever since.

The socialist-feminist, activist organization Radical Women tries to change the treatment of women that often results in violence towards women by their partners, family members, employers, and strangers.

Radical Women has been around since 1967 and was established in Seattle, Wash. by Gloria Martin, Clara Fraser, and Melba Windoffer.

Radical Women focuses on preparing women to become leaders and fight for their rights.

In an interview in 1990 by the Seattle Times, Martin said, “We have to fight for survival issues–better pay, benefits, abortion rights, child care. But then we have to go further. We have to change the system because as long as the system is the same, we’ll be fighting all our lives for the same thing….When people have had enough, revolution can happen suddenly.”

Radical Women has done various things over the years, regarding combat domestic violence. They have worked with different domestic violence agencies and organizations focusing on other International Women’s Day actions, anti-fascist work, and reproductive justice.

Emily Woo Yamasaki, a member of Radical Women, believes that last week’s Atlanta shooting wasn’t just a hate crime towards Asian-Americans but towards women in particular and that race, class, gender are intertwined.

“I don’t see the root of the murders by Robert Aaron Long as a matter of individual hate," she said. "The scapegoating of Asians goes back centuries in the history of the United States and is used to divide the working class.”

Radical Women has also supported domestic violence cases of women who fought back their abuser. Other cases involve a young woman who worked at the University of Washington and was killed by her abuser while at work. Radical Women then called for justice since the university failed to protect her. The most recent domestic violence case involves the conviction of an African-American mother from Florida who fired a warning shot in the air to make her abuser stop attacking her. Radical Women was campaigning on a local and national level to free this woman and started the Pacific Northwest Committee with other African-American feminists.

Charlotte Strauss Swanson, a doctoral researcher in psychology, gender, and social justice at the University of Tennessee, was a speaker at the recent Radical Women’s event “Women Rise Up Globally Against Femicide” and gave insight into the organization and her work.

“...as part of my work there I do a lot of research on sexual violence specifically and working with survivors of sexual violence,” Strauss Swanson said. “And I’m also a member of Radical Women which is a national feminist socialist organization that is essentially dedicated to activist work across the U.S. and there is also a chapter in Australia. And this is kind of how I got connected to this event was through my involvement with some of my work that I do in my research and also being a member of Radical Women.”

The event took place virtually on March 13, and featured a diverse list of panelists, discussing the cross-border upsurge in defense of women’s lives and addressing methods on stopping the increase of gender-based violence.

Many feminists and activists have been raising their voices and concerns in the picture of protests to bring attention to the countless rapes, killings, and disappearances of women and young girls. Such as the recent death of a 7-year-old girl in Mexico City.

“Since the wave of femicides in the 1990s in Ciudad Juárez, two characteristics have persisted: the vast majority of the victims are poor women and there is enormous government negligence, which leaves the door open to impunity,” said panelist Eréndira Munguía, who is from Mexico and who works at college mathematics professor.

Across the U.S., spikes in domestic violence have been reported since COVID-19 made life more challenging, especially for women and children.

“In our fight against gender-based violence, we must understand femicide as a reflection of the extreme brutality of patriarchy and the capitalist system that further marginalizes and oppresses women and other vulnerable communities,” Strauss Swanson said.