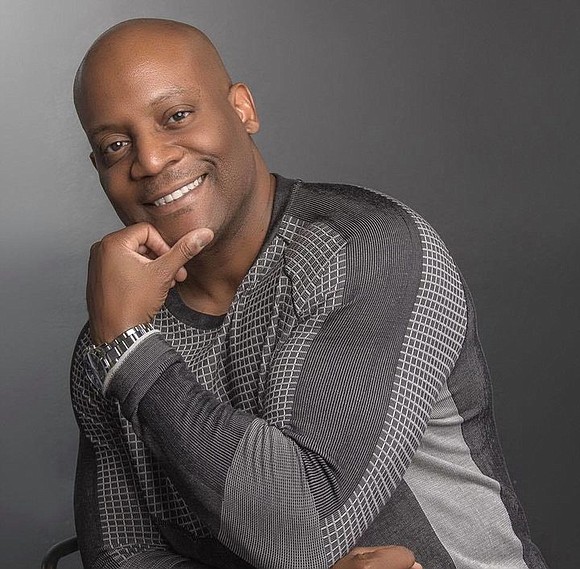 The barbershop is the central hub of the Black community. It’s the original “safe space” where African Americans can congregate and connect, unite and uplift, and learn and laugh with a shared sense of belonging.

Film fans have witnessed and often laughed at the antics of the Black barbershop via movies like “Coming To America,” “Malcolm X,” “Barbershop” and even from the TV show “That’s My Mama.” The placement of Black barbershops has been significant in Black literature as legendary authors Ralph Ellison, Toni Morrison, Amiri Bakara and Richard Wright have each made reference to the “Black man’s sanctuary” in their works.

The barbershop is a haven for lively debate, humor and authentic Black-male camaraderie. In serving as a one of the few places where Black people could show vulnerability in talking about the important issues of the community, the setting could be among the most familiar and practical in African-American history.

Black people know their own hair, and that of their family, friends and neighbors. It didn’t cost much originally to be a barber or stylist as almost always the work was done at home or while visiting an acquaintance. This profession of economic necessity would become one of the strong building blocks of early Black entrepreneurship.

During the 19th century, Black-owned barbershops had mostly a White clientele who could afford to pay. It was also the natural place for Black men to patronize, avoiding of the risk of approaching White man for a haircut.

At the beginning of the 20th century, barbering brought not only opportunity but wealth and prestige for Black men. One of the first of these entrepreneurs was Alonzo Herndon, who in 1878 opened his first barbershop, and before his death owned more than 100 establishments making him the wealthiest African-American in Atlanta.

Following this, Henry M. Morgan opened the Tyler Barber College in 1934, the first national chain of barber colleges for Black people. This would prove so successful that in time almost 80 percent of all Black barbers in America were trained at Morgan’s schools.

Additionally, Madame C.J. Walker is widely considered to be the innovator in Black hair care and it’s accompanying products.

Wil Shelton is no stranger to this history. He has gone from hair stylist to marketing entrepreneur known nationwide for Wil Power Integrated Marketing. As president and CEO of the company, he operates what could be called a “global salon” of more than 100,000 establishments from coast to coast offering cutting-edge business development and creative strategies in designing and executing targeted campaigns to connect global brands to the industry. As well, Shelton was a consultant to the film “Coming 2 America,” recently released on Amazon Prime.

It’s the “authenticity” of the Black barbershop that has vaulted Shelton to the pinnacle of success in cosmetology. In reaching more than 100 million customers annually, Shelton said it is important for brands to have multicultural divisions or “arms” because most companies see the financial value in setting up multicultural departments.

“Multicultural marketing is becoming more and more an important part of the business for the hair industry,” Shelton said. “Brands are taking advantage of this and they are seeing it in their bottom line.”

Shelton began as a barber’s assistant in Beverly Hills. He opened his first salon in 1997 serving a well-heeled clientele of celebrities and influential professionals. But he wanted independence. He wanted to

expand upon the tradition of the Black barber/stylist to bring his expertise to a larger audience that, frankly, looked like him. A few of his clients suggested he start his own business. From there he sent hundreds of proposals to the entertainment industry to promote his vision.

“I connected with different advertisers, with Black customers,” Shelton explained. “That began a groundswell of support. I found that I was a ‘marketer disguised as a barber’ in pitching something special to an historic profession that is so respected and endearing within the Black community.”

Shelton explained that mainstream marketing focuses primarily on a White audience. The Black audience, he said, must be addressed as a culturally relevant and a respected aspect of the industry. This is especially apropos these days as more African-Americans are circumspect about how they are spending their finances.

“Black consumers more than ever are ‘looking under the hood’ and it is important to invest in the Black community not just with money, but with [Black] presence,” he said.

Shelton operates four locations in Inglewood. He terms these and other franchises as “incubators of culture” in a time of increased Black social awareness. Inglewood has long played a unique role with Black cosmetology with many establishments gracing that city. A Black Barbershop Health Outreach Program operates in Inglewood to help foster better wellness outcomes for a community of people for whom health care insurance is not always available.

“This is my life’s blood,” Shelton said. “Black people engage in ideas at the barbershop. We help to shape culture one visit at a time. What I’ve done over the years — and what so many Black entrepreneurs have

done — is to be ‘nimble’ while being proactive. We have to adjust to the changing times. We had the ‘New Normal’ last year on Instagram to discuss the best practices for Black businesses to remain profitable while maintaining their core business model.”

Shelton insists that being merely “good” is not good enough. A person should always strive for greatness in their vision and business strategy. His latest campaigns include a COVID-19 treatment trial in three of his largest markets (New York City, Chicago and in Raleigh-Durham, N.C.).

The pandemic has put a dent on the Black barbershop. They’ve been closed for about a year, but are now slowly reopening to welcome their familiar and faithful customers.

“It’s been a tough year, that’s for sure,” Shelton said. “We want people to know that when we’re finally able to reopen at full strength, your favorite barber will be there for you with a warm welcome, first-class service and a good word. Some will have to restructure a bit, but will come back stronger than ever.”