The politics of taking the vaccine for COVID-19 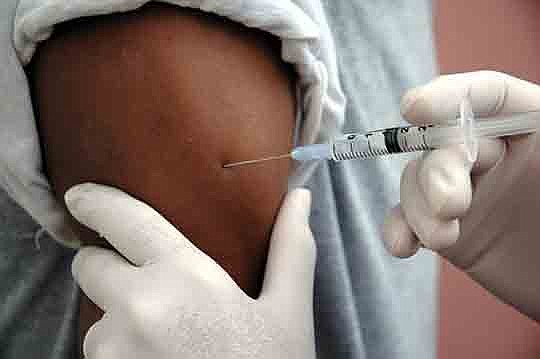 If you want to live, take the vaccine.

I usually am in basic agreement with much of what Minister Louis Farrakhan says about African-American people. However, this past Saturday, what he said I am diametrically opposed to.

With all due respect, I think, on that, he is wrong.

Clearly, one cannot and should not discount the terrible history of the American medical establishment and Black folk. Not only did slave masters and early medical practitioners in this country subject Black people—slave and free---to disgusting and horrendous experimentation, particularly Black women, the current medical field continues to offer racialized hospital care and other animosities. That includes the continued perpetuation of spurious racial theories in training new doctors, and modern racial discrimination in dispensing medical services all across this country. Looking at the current American medical field, there is little to entice African-Americans to believe that they will be helped more than hurt by it, generally.

Coupled with that, the Trump Effect----let’s get a viable vaccine or set of vaccines ready as quickly as possible to administer to the American people, e.g. the “Warp Speed” Project--- has certainly not inspired confidence that corners were not cut, and the best processes were always used by profit-minded manufacturers.

What has to be acknowledged, whether we want that particular information to be true or not, is that currently and throughout this pandemic, Blacks and Hispanics have constituted over half of those who’ve died from the coronavirus in the U.S., and African-Americans (not continental Africans) seem to be especially susceptible to contracting this pandemic disease.

But their primary motivation has always been to dominate and subjugate Black folk, not eliminate them from the USA.

If the vaccines were intended to wreak genocide on the Black population, so many Whites would not continue to visit public vaccination sites and push ahead of or skip Black folk already in line as if it is their right to do so. White folks are clearly trying to rush to take whatever vaccines are available. And yes, while it can be

argued that “whitey” has no problem sacrificing a few of his own to get us, there has never been an American situation in which “whitey” was willing to sacrifice so many of his own (literally millions) to do us in.

No, that argument that the vaccines are genocide medicine for Black people is not credible.

More importantly, as one Black medical professional recently said, giving all due respect to every argument out there about Bill Gates’ aim of controlling everyone on the planet and any other specious conspiracy theory, the bottom line is, she is taking the vaccine available and is urging the rest of us to follow suit, simply because she wants to continue living a while longer. Sure, we’re all going to die, but why hasten it? If you want to live, take the vaccine.

That is the advocacy of my column this week. We can argue politics, motivations and incantations later. But take the first available vaccine you can, and live longer. Wait and see what happens to the first 200 million or so of us who take it, if you need that assurance, then take the needle shot yourself.

This is no time to be foolish. Save your own life. Take the vaccine (Moderna, if you can choose. A Black woman medical expert co-developed that one).