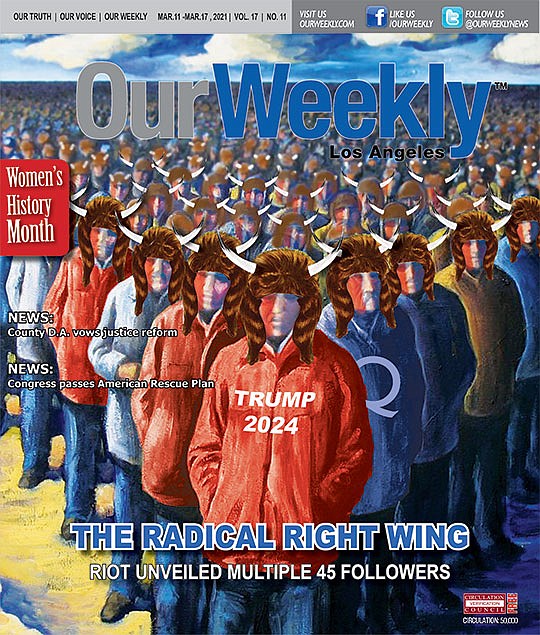 Modern American Conservatism has no clear-cut beginning—although it surely gained momentum with the advent of the Cold War. Some may trace its lineage back to the 1930s, when the Republicans opposed President Franklin D. Roosevelt's New Deal and the rise of unionized labor.

In any event, southern Democrats too, had a short-lived infatuation with the right as they formed the “Dixiecrats” to counter President Harry S. Truman's desegregation of the military and other civil rights advances on up to the 1948 Democratic National Convention. They in turn were absorbed into the Republican Party, who shrouded their conservatism under a mantle of moderation (to be sure, extremism continued with the likes of Sen. Joseph McCarthy, (R-Wis.), and the John Birch Society).

Prime examples of this thinly veiled approach to appease right-wing sentiments include the “Southern Strategy” of President Richard Nixon, and the (latently racist) euphemisms of his brilliant political consultant, Lee Atwater.

Rage against “the other.” Intolerance is as American as apple pie “The White power movement is, in many ways, an incredibly diverse array of activists... ...its supporters represent a cross-section of American life: rich and poor and middle class; religious leaders and felons; men and women and children; people in cities and suburbs and rural areas.” —History professor Kathleen Bellew in the New York Times, Oct. 2, 2020.

What then, are we to make of these recent upticks of radical rabble rousing? As with any social phenomenon, there are as many theories as there are voices able to articulate opinions.

The University of Chicago's Kathleen Bellew offered up the intriguing notion that our current upheaval is a byproduct of our 50-years-long intrigue in the Vietnam War. In a series of scholarly articles, and especially her 2018 tome “Bring the War Home: The White Power Movement and Paramilitary America,” she suggests the roots of today's “Alt-Right” were spawned by the bitterness and sense of betrayal of veterans who were ostracized in the wake of an unpopular war. Indeed, among the insurgents storming the Capitol on Jan. 6 were scores of veterans wearing military regalia, and apparently displaying martial expertise. This does not account for the totality of those in attendance, of course, nor those not actually taking part, though none-the-less sympathetic to the message conveyed.

“They see the White race as under attack — from immigration, from the rise of the nonwhite population, and from the acceptance of multiculturalism by much of the nation,” Bellew continued in her OpEd.

'Us versus them' and the Inciter-in-Chief “Hate has been around for as long as human beings have existed. We’ve always had this capacity to define and vilify another...” —Kenneth S. Stern

A sure sign of cultural or societal impact is the embrace of academia.

Just north of New York City, The Bard Center for the Study of Hate is headed by Kenneth S. Stern. An attorney who focused on antisemitism, he has segued into litigation involving the American Indian Movement, issues of homelessness, and “hate studies” internationally for the United Nations. Instead of pinpointing a recent beginning for these ongoing reverberations, he argues that the truth lies within the timeless concept of tribalism, where humanity is “biologically predisposed” to exhibit hostility towards those who are significantly different.

To make this point, he utilizes interconnected disciplines including brain science, biological evolution, neuroscience, and plain old psychology. In this, he may have a point -- ranging from global examples like the Middle East conflicts to regional conflicts within individual countries. We can witness regional examples of this in the west coast prison gang culture where Mexican Americans from Southern California (“Sureños”) face off against their rivals from the north (“Nuestra Familia”), along with the Crips and Bloods of the African-American subculture.

Following this train of thought, former President Donald Trump is merely the conduit to facilitate a preexisting condition into the tangible manifestations of violence and mayhem that grace our daily newscasts. As Michael Jensen observed at the beginning of this text, he is merely choosing the expedient, easy path of exploiting dissatisfaction to marshal his followers regardless of the outcome.

Premonitions from Pop Culture (the cry of the disenfranchised)

“I lost my job. Well, actually I didn't lose it, it lost me. I am over-educated, under-skilled.” —Michael Douglas in “Falling Down” 1993.

Popular culture is almost always tied in to reality, and sometimes even acts as a precursor to the future. Alt-Righters harp upon the intrusion of foreigners on the birthright of “native” Americans, via the transition of jobs overseas and the in-country employment of immigrants. This xenophobia, however, is a condition that as Stern points out, is a staple of the country’s history.

The historical drama “Gangs of New York” (2002) depicts a Civil War-era Manhattan in which newly arrived Irish Catholics are persecuted by the established Nativist Protestants (who presumably have eradicated the true “native” Indians). The rest of the plot showcases the manipulations and violence the Irish immigrants use to secure their existence in this hostile environment. Director Martin Scorsese, a product of this same neighborhood, is an Italian-American whose ancestors endured conflict with the same Irish who had previously suffered at the hands of the Protestants they encountered. Some of them theoretically might be antagonistic towards contemporary immigrants from Asia and Latin America.

Going further back, and perhaps more to the point, is 1993's “Falling Down” in which laid off everyman Michael Douglas abandons his car, then treks across Los Angeles to his estranged wife's house (who has placed a restraining order on him). In the process he experiences a series of antagonizing exchanges with an immigrant (Korean) shop clerk, and gang bangers.

In this case, life imitates art, or art predetermines life. Perhaps the first step in finding a solution to our common malady is to make complex things simple, instead of overwhelming (which is so much easier to do).