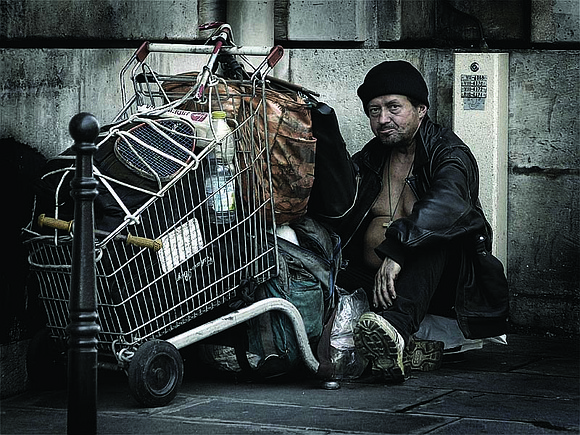 The City of Lancaster is strongly committed to helping people progress from homelessness into more permanent housing solutions. Its multi-faceted approach involves a 14-acre Kensington Campus facility; the Lancaster Community Homelessness Plan, tailored specifically to the community’s needs; and a number of key partnerships, including a newly formed Homeless Impact Commission.

"We hold ourselves to the highest standards and believe that it is our responsibility to provide for the safety of our citizens. Changes to state laws and other steps in reforming the criminal justice system have been and are being implemented at the state and county level, including a focus on diverting persons charged with misdemeanor offenses away from criminal proceedings,” said Lancaster Mayor R. Rex Parris. “It continues to be in the public interest that persons who commit misdemeanor offenses be held accountable for their crimes. Lancaster has been reviewing the existing administrative citation program to ensure that it will benefit public health, safety and welfare, while providing persons who commit such offenses an opportunity to avoid criminal proceedings and possible convictions.

“We will continue to support the program, with the goal of decriminalization and keeping people out of the system - including the unhoused."We are surprised that the ACLU would prefer to stick people with a criminal record when there are better alternatives available. We take these allegations seriously and will be addressing appropriately.”

The City of Lancaster acts in accordance with an appeals court ruling that bars the arrest of homeless people for sleeping in public if no shelter space is provided.

While a report published by the ACLU in February 2021 (“Banished and Abandoned: Criminalization and Displacement of Unhoused People in Lancaster”) includes numerous claims, the City of Lancaster maintains the following:

• City ordinances, such as those regulating loitering and sleeping in public places, are not intended to and do not target homeless individuals. While the ACLU report shows that Lancaster had a 126-percent increase in homelessness from 2019 to 2020, the City did not have a 126-percent corresponding spike in funding to support them. City officials say they are actively seeking greater collaboration with the Los Angeles Homeless Services Authority to ensure appropriate funding to prevent and combat homelessness in the Antelope Valley.

For more information about Lancaster’s strategies to help those experiencing homelessness, visit www.cityoflancasterca.org/homelessness.