The politics of getting it done when you can 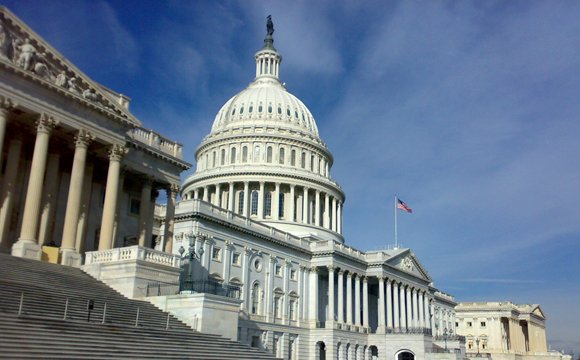 The “Signature Piece of Legislation for the Democratic Party in Governance,” so named by the New York Times, is simply called H.R.1, the For the People Act. It is an omnibus bill first introduced and passed in the House of Representatives in early 2019, but subsequently ignored in the U.S. Senate. Former Majority Leader, Mitch McConnell, in his usual fashion, would not even schedule the legislation for a hearing or a full Senate vote in that chamber.

In this, the 117th Congress, the bill was reintroduced, voted forward out of the necessary committees and passed again by the slim Democratic Party majority in the House, without any Republican support. This time, the U.S. Senate is narrowly in the hands of the Democrats and a vote there is scheduled in the next few days. It is expected to pass and go on to the POTUS.

What is this ballyhooed piece of legislation, and why is it so important?

The legislation has six major parts: (a) the expansion of citizen voting rights (at the same time that 25 states are simultaneously attempting to limit and strangle voting rights and challenging voting rights in the Supreme Court), (b) fundamentally changing campaign finance laws to drastically reduce the influence of big money in elections, (c) limiting the authority of political parties to gerrymander voting districts to stop the process of allowing only certain political party candidates to win even when they do not get the majority of votes, (d) the creation of new ethics rules for elected federal officeholders, (e) new voter security provisions, and (f) making Washington, D.C. a state.

In terms of voting rights, H.R. 1 is Congress’ beginning attempt at rewriting the original Voting Rights Act (1965) that was essentially eradicated by the Supreme Court in the Shelby v. Holder case, 2013.

The other part of this attempt is called H.R. 4, the John Lewis Voting Rights Act, originally passed by the House in 2019, and which the House is expected to re-vote on in April of this year.

H.R. 1 would make election day a federal holiday, would expand vote-by-mail options and same day voter registration, and authorize early voting opportunities in states. The bill would also make it a criminal offense “to corruptly hinder, interfere with, or prevent another person from registering to vote”, and would establish criminal penalties for such conduct. H.R. 1 would also disallow voter roll purges and would allow former felons to vote again after their sentences have been completed.

H.R. 1 would also force the POTUS and VPOTUS, and candidates for either post, to publicly disclose the previous 10 years of their income taxes, among other provisions.

Also on the Congressional docket soon is H.R. 40, the Reparations Study and Action Proposals legislation introduced in Congress every year since 1989. This year, in this Congress, it has every chance of not only getting a hearing, but final passage in both chambers of Congress. We look forward to President Joe Biden signing that legislation.