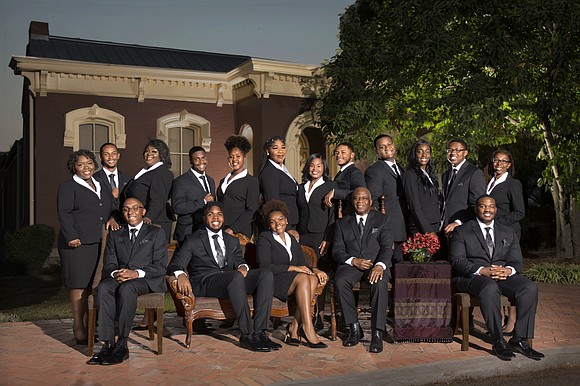 The album, which is more than 150 years in the making, is a collection of 12 songs that represents and communicates the vibrant history of Fisk University, Fisk Jubilee Singers®, and the city of Nashville, Tenn.

“I am proud to be a part of this historic moment,” said Sanders, album co-producer. “I am beyond excited for the Fisk Jubilee Singers®, Dr. Paul T. Kwami, and Fisk University. I am grateful to Mike Curb, the team at Curb Records and all of their affiliates for their incredible belief and support. This is a big day for Music City.”

Founded in 1866, Fisk University is a private, liberal arts university located in Nashville. Consistently recognized for its brand of academic excellence, Fisk is ranked No. 6 on the Top 10 Historically Black Colleges and Universities (HBCU) in the 2019 U.S. News & World Report. Fisk also ranked No. 1 in the nation among HBCUs for social mobility and No. 3 in the nation for research expenditures among small liberal arts colleges.