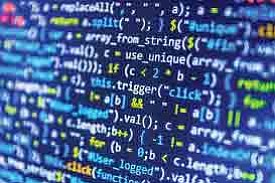 The Entertainment Software Association (ESA) and its philanthropic arm, the ESA Foundation, announced a new initiative to benefit Black Girls CODE, which is based in Oakland, California.

“The partnership between the ESA Foundation and Black Girls CODE is tailor-made for this moment,” said Anastasia Staten, executive director of the Entertainment Software Association Foundation, in a press release. “We believe our program will have a lasting impact on girls and young women who otherwise might never have considered careers in the video game industry. And the most exciting part for me is that, beyond their generous financial support, some of the world’s leading video game companies and their teams are committed to mentoring young women in ways that will open up opportunities to explore STEAM careers and create entertaining video games that all of us will want to play.”

Launched in Oakland, California a decade ago, Black Girls CODE now operates in 15 cities across the country and South Africa. It introduces computer programming and technology to girls ages 7 to 17 from underrepresented communities by providing workshops, hackathons, and after-school programs.