Eddie Murphy, Arsenio Hall say they were forced to hire a White actor 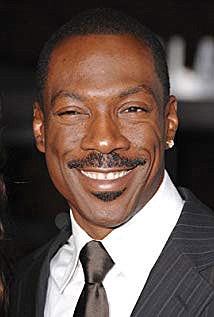 Comedic actors Eddie Murphy and Arsenio Hall said they were forced to put a White actor in the original “Coming to America” ― and they weren’t joking.

Murphy added that the studio, Paramount, made its mandate clear: “The whole cast is Black — and this was back in the ’80s — so it was like, ’We have to have a White person! There has to be a White person in the movie.′ What? So it was, ‘Who’s the funniest White guy around?’ And Louie, we knew, we was cool with him. So that’s how Louie got in the movie.”

But the two stars didn’t have carte blanche, to pick at will, Hall recalled.

“It was official,” Hall said. “I had a list. They gave me a list with three White guys. And they said, ‘Who would you rather work with?’ I said Louie.”