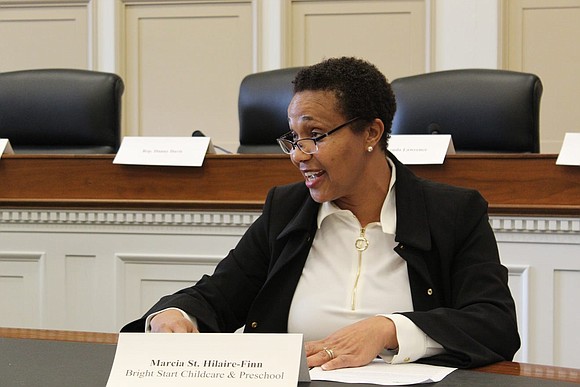 When we were testifying last month at a congressional hearing, one of us as a paid leave and gender equity expert and the other as the owner of a small and growing child care center business, we encountered a common and pernicious myth: that American moms could and should choose to stay home to raise their children. If they did, all these pesky problems with paid leave and child care wouldn’t even exist.

Yet, as we’ve so clearly seen this year, when millions of parents have interrupted work or left jobs to provide care to children, it’s women who have disproportionately taken on the extra load. This was the result of a major crisis and spurred major disruption to families’ incomes, housing, food security and more. We hope it will now catalyze public investments in paid leave and child care that were badly needed before the pandemic and essential for rebuilding in its wake.

Some conservatives are advancing a revisionist history of the “good old days” that is not based on today’s realities or even those of the past. At the hearing, for instance, Sen. Mitt Romney of Utah waxed nostalgic about his childhood at home with his mother and said Democratic proposals had a “significant bias” toward getting women and men into the workforce. His own proposals, however, assume that most families have the same choices his well-off family had. But they don’t – because wages are too low, the cost of living is too high and public investments in middle- and working-class families are too paltry.

Romney's child care plan would do nothing to help parents who work outside their homes or find quality affordable child care, and it would eliminate much needed food and cash assistance support for low-income families. His paid parental leave plan would require them to trade away some of their future Social Security benefits to pay for the leave – and would provide no relief for the majority of workers who need paid leave to deal with a serious personal or family health issue.

If we truly want to give parents choices, we need to offer options for providing and receiving care while meeting household expenses and saving for emergencies and the future. These needs would be meaningfully addressed with significant investments like those outlined in President Joe Biden’s American Families Plan, which would create a national permanent paid family and medical leave program, substantially expand access to high-quality, affordable child care and prekindergarten, and extend the enhanced child tax credit first included in the American Rescue Plan Biden signed in March.

Family challenges are a national as well as an individual economic concern. Before the pandemic, in January 2020, women made up more than half of the workforce for the first time in a decade, although – as Treasury Secretary Janet Yellen has noted – women’s labor force participation was low even pre-pandemic relative to other high-wealth countries.

Due largely to the caregiving needs of the country defaulting to an unpaid “Plan B” (aka moms) during the pandemic, many did not have any choice but to stay home. Some of those who did so were able to avert serious hardships or financial devastation only because of federal relief programs adopted last year on a bipartisan basis, including extended unemployment, emergency paid leave, and food and housing assistance.

Women's earnings are essential to their households. In 2017, mothers were primary or sole breadwinners in 41% of families and co-breadwinners in 23%. Women were even more likely to be key breadwinners in families with low incomes and in families of color. Mothers’ wages buy food, pay for gas and utilities, and save for the future.

When mothers and fathers have paid leave, they are better able to care for their children in the early weeks and months of life, which produces better health outcomes for children and mothers, as well as higher rates of labor force attachment and higher wages for moms in the year after a child’s birth. When men take leave, they take on more caregiving over time, which promotes gender equity at home and at work. When parents have access to high-quality, affordable child care, their ability to work increases, and so does their household income. And higher household income is correlated with numerous measures of better outcomes for children’s health, well-being and educational success. 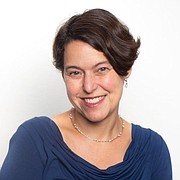 Vicki Shabo, a senior fellow on Paid Leave Policy and Strategy at the New America.

Wishing away a need for public investments in paid leave also ignores personal and family care reasons people need paid leave, from recovering from surgery, to caring for an ill or disabled loved one. It also leaves behind small business owners who, like one of us (Marcia), has personally paid out of pocket to help ensure her employees do not go without pay when they are ill. The hardship on employees, and on small business, is why she supported the paid family and medical leave program for Washington, D.C., and why she, like multitudes of small business owners, supports a national paid leave solution.

It would be a national tragedy if America were to come through the pandemic without enacting comprehensive national policies. It would be even more foolish if the reason we didn’t is because some politicians have personal histories or notions that don’t reflect the reality of most families in this country today. Their vision of America is not today’s America, and for many people, it was not yesterday’s either. We must invest in care if we want to build back better.

Vicki Shabo is a senior fellow on Paid Leave Policy and Strategy at the New America. Marcia St.Hilaire-Finn is founder and CEO of Bright Start Early Care & Preschool and a Main Street Alliance Member. Please note this op-ed previously appeared in USA Today.