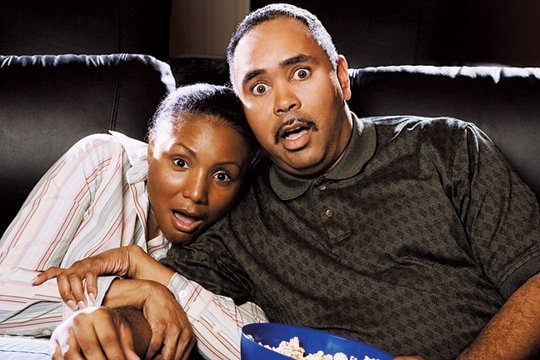 The coronavirus pandemic has exerted enormous pressure on American society. It forced a host of changes in how we live and work. While these pressures are beginning to ebb with mass testing and vaccinations, the American populace is looking forward to returning to familiar ways of doing things, thereby undoing some of the changes we've experienced for the past 18 months.

Some of our adaptations have accelerated already existing trends, such as the development of a “cashless society.” We witnessed an increase in remote work. Remote learning began in earnest, although in fits and starts for those households affected by the digital divide. There was a decline in brick-and-mortar retail with the growing popularity and convenience of online shopping.

The most lasting impact may be invisible: The marking of those coming of age in the pandemic era, much as the Great Depression, World War II and the Civil Rights Movement marked their generations with broad but hard-to-predict effects that will affect society for decades to come.

“Unlike shocking events that punctuated recent generations—the Kennedy assassination, or the Challenger disaster—the pandemic packs a more enduring punch, affecting nearly every aspect of life,” said Karestan Koenen, a professor with the Harvard T.H. Chan School of Public Health. “It's because of the long duration and widespread personal impacts like the deaths of loved ones and losses of jobs and businesses.” She pointed to the growing uncertainty that took a large toll on daily lives. The unpredictability and uncontrollability tended to exceed a person's ability to cope.

“[The pandemic] affected every milestone,” she said. “Graduation, entering school for the first time. For the older Gen-Zers, it was marriages, dating, jobs, etc. That's a formative period in their lives when people are figuring out their purpose.”

Koenen suggested that if mask-wearing endures for the remainder of the year, children may not remember a time when wearing a mask was not acceptable. Physical distancing, she added, may accelerate existing trends to connect via social media rather than face-to-face dialogue.

For those older and in the workforce, a dramatic change was how their jobs have been affected. Advances in video conferences and other remote technologies have allowed many to continue to produce—and collect a paycheck—working from home.

The shutdown highlighted the ease by which modern technology handled the shift from one location to the other—as well as the ability of many office workers to get the job done while not under their manager's eye.

One function of the shutdown was forcing those unfamiliar with applications like Zoom, Microsoft Teams, and Google Meet to take the plunge and learn. Many people discovered it was not as hard as they thought.

“What people have feared in the past is the technology aspect of it,” said Tsedal Neeley, also a professor at Harvard, but this time at the university's business school. “They're on things like Zoom and Slack and with this ease, the possibilities open up. You may see this as part of workforce training for future employees.”

With more people vaccinated, the movies are experiencing a slow but steady comeback. Earlier this month, weekend box office receipts topped $100 million for the first time in more than a year. A big Memorial Day three-day holiday played a crucial role in people going to the movies instead of watching Netflix, Disney+ or HBO Max home entertainment options.

People who are fully vaccinated will no longer be required to wear masks at the top U.S. movie theater chains like AMC Entertainment, Cinemark, and Regal Cinemas. AMC, the nation's largest theater chain, headed off bankruptcy earlier this year by raising $917 million from investors. The company lost $567 million in the last quarter or $1.42 per share. The beginning of the pandemic saw AMC lose $2.2 billion.

The restaurant industry was hit hard by the pandemic. According to some estimates, 17 percent of all restaurants in the country had either closed permanently or long-term after COVID-19 hit. Now that restrictions are easing, people are ready to go out and eat again. Both Yelp and OpenTable report surging numbers.

The restaurant recovery is not nationwide. Industry watchers say cities known for their dining scenes like New York, Chicago, San Francisco, and Los Angeles are not doing as well as those in places like Houston, Las Vegas and Miami where restaurants are seeing more customers than before the pandemic.

“Last year was the worst year in history for the United States restaurant industry,” said Hudson Riehle, senior vice president with the National Restaurant Association. “In all the industries in America, the restaurant industry was the most impacted in terms of employment and sales decline. It's going to be difficult to have a thriving independent restaurant business when you're basically trying to climb out of debt.”