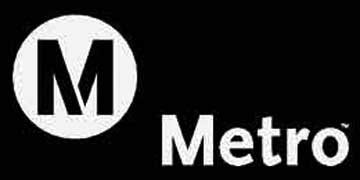 “Under my leadership, we will pursue new and more effective ways of addressing homelessness,” Wiggins said during Metro’s State of the Agency event. “We will collaborate with our city and community partners and social services.”

Wiggins said she feels law enforcement should not be the first point of contact with homeless individuals on the Metro system but should serve to provide support for Metro’s PATH homeless outreach teams, which function as the primary contact in outreach to unhoused individuals.

Metro’s PATH teams consist of mental health clinicians, formerly homeless individuals and other key staff to help the unhoused find temporary or permanent housing services and link them to other much-needed services.

Wiggins -- who became the first woman to lead the agency when she assumed the role in June -- also announced that she will establish a Metro Youth Council to “elevate the perspective of young riders in the conversation about our future.”

She added that there are only about 66,000 student TAP cards being used by about 4.7 percent of the county’s K-12 population.

“The untapped potential of student riders is high,” Wiggins said, adding that she hopes that engaging with young people and incorporating their input into the system will help create “a system they can be proud of, one they want to ride and (be) personally invested in.”

The announcement comes after the Metro Board of Directors in May tentatively advanced plans for a 23-month pilot program that would make buses and trains free for students and eventually for low-income riders. The board is seeking more details before implementing the plan.

“I believe the focus on initiatives like the youth council and our fareless initiative is about making decisions that impact riders today and far into the future,” Wiggins said.

Wiggins also spoke about more general goals for the Metro system, including transforming it into a first-choice transportation option for Los Angeles County residents, similar to London, Paris, New York and Washington, D.C.

“In those cities, it’s just what people do. Public transportation is their obvious choice. I want Angelenos to think that way,” she said.

Wiggins added that she wants the system to be a world-class experience in time for the 2028 Olympics when people from all over the world will visit the Southland.