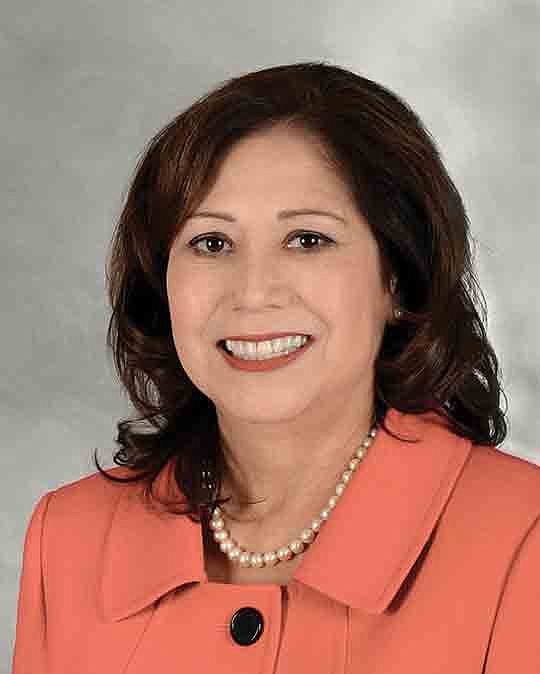 During last week’s State of the Agency event at Metro, Mayor Eric Garcetti, the outgoing Metro chair, officially passed the gavel to incoming chair Hilda Solis, the chair of the Los Angeles County Board of Supervisors.

“This is the first time in our history that both the chair and CEO (Stephanie Wiggins) are women, and I always say sometimes some lucky men sneak through but if women just ran the world, we’d all be better off,” Garcetti said.

Solis also used her address Wednesday to outline her goals as chair, and she called for building more affordable housing near transit lines to prevent low-income and vulnerable communities from being displaced.

The Metro Board of Directors, which Solis was already a part of, voted on June 24 to update its Joint Development Policy to prioritize building 100 percent income-restricted housing on unused Metro-owned land.

As of January, Metro’s Joint Development team had completed 2,200 units of housing, 34 percent of which are considered affordable, according to Metro’s website. It defines “affordable housing” as units for people who earn 60 percent or less than the L.A. County Area Median Income.

Solis said that Metro will be acquiring additional properties over the next few years for construction staging, new stations, parking lots, and maintenance facilities, and she added that the department should explore how to build affordable housing on those properties “parallel” with major capital projects instead of as an afterthought.

“Many bus riders have an average annual income of just $18,000 a year. These are the residents that need affordable housing the most. By increasing transit service and tapping into affordable housing projects, we can help prevent displacement of vulnerable communities and give support to riders that need it the most,” Solis said.

“Just look at the communities of Boyle Heights and unincorporated East Los Angeles -- the 101, the 10, the 5, the 60, and the 710 -- all these freeways plow through these neighborhoods and were intentionally built here at the height of the federal highway investment. These tangles of freeways displaced thousands of residents and they divide neighborhoods and concentrate pollution in these communities,” she said.

Solis called for using highway investment dollars to benefit all people who use the roads, and she noted that Metro’s board took action in June to allow Measure R and Measure M funding to be used for projects that support cyclists, transit riders, and all who use the road along with motorists.