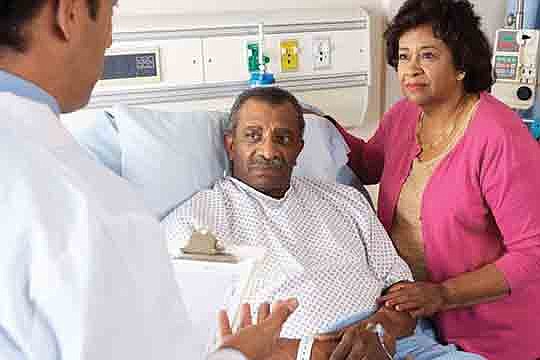 Scott Casanover, general counsel and senior vice president of government affairs for West Coast University, says California’s nursing population isn’t keeping pace with the escalating demands of COVID-19, and the situation has been exacerbated by an aging workforce.

“Actually, 25,000 eligible nursing students are turned away every year because there are not enough openings in nursing programs,” he said.

“We have a silver tsunami of nurses age 55 and up who are retiring,” Casanover said. “It’s a very demanding job and many are retiring early because they recognize they are in a high-risk group for COVID-19.”

Casanover said the California Board of Registered Nursing (BRN) is trying to control California’s healthcare system by limiting enrollments in private nursing programs, even though it has no authority to do so.

“They have expressed for the last six to eight years that there is no shortage,” he said. “They hired someone out of the University of California in San Francisco. That’s the study they are relying on, but it flies in the face of dozens of other studies.”

That September 2018 report from UC San Francisco researcher Joanne Spetz and others at the school said the Los Angeles, Orange and Ventura counties region was facing a surplus of nurses that would leave many new graduates unemployed.

“Projected new graduate growth is much higher than needed,” the study said.

Another report from HealthImpact projects the demand for RNs in California will be 11.5 percent (44,500) greater than the supply by 2030.

In a statement released Tuesday, BRN spokeswoman Michelle M. Cave said her agency is “acutely aware” that California needs more nurses as hospitals deal with the surge of COVID-19 patients.

Cave said the board is “confident in its legal authority in exercising its regulatory role” and noted that BRN and the Department of Consumer Affairs have put waivers in place to give students options and opportunities to meet their educational goals.

“The BRN has encouraged our academic partners to allow their students to help on the front lines and receive clinical credit,” she said.

The board is required to inspect approved nursing schools every five years to ensure they meet all of the state’s regulatory requirements for continued operation.

West Coast University recently filed a complaint with Sacramento Superior Court challenging BRN’s failure to approve its program “unless the school agrees to dramatically roll back its enrollment by nearly 3 percent to the number of students it enrolled in 2013.”

The agency’s assessment was delivered, the complaint alleges, despite finding that West Coast has the “physical, clinical and fiscal resources” to support its current enrollment.

The COVID-19 pandemic has strained nurse staffing at hospitals and clinics throughout California.

The action was narrowly averted Dec. 19 when their union and the management company that operates the hospitals reached a tentative labor agreement.

Employees allege staffing shortages have forced some nurses to work an entire shift without a break. The labor agreement includes a commitment to hire dozens of RNs at each hospital to ensure staff can safely take rest and meal breaks.