California set to ban some toxins in 2025 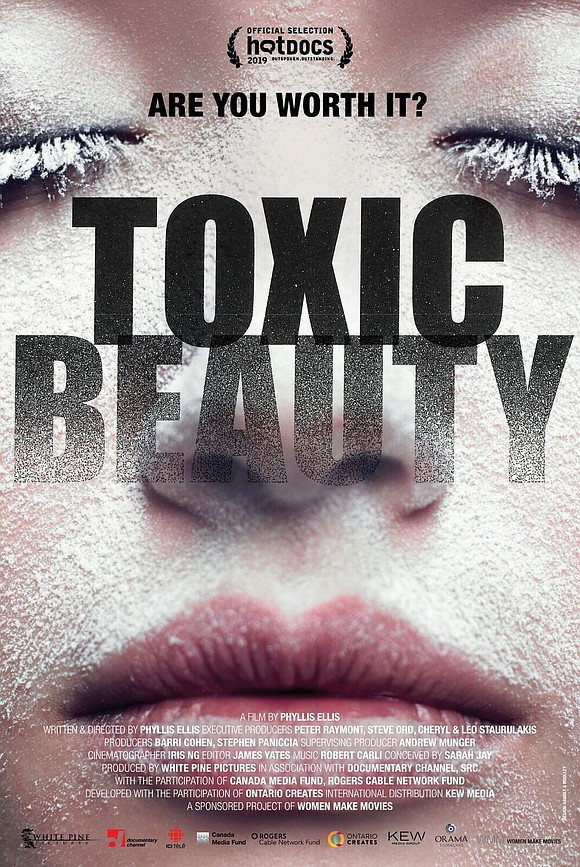 As a woman, having a skin regime is essential. Especially aging skin.

It becomes a habit to follow a morning and night routine and pamper oneself after a long, stressful day in the office where one is exposed to unhealthy air pollution, which is toxic for the skin. Covering the skin in serums, moisturizers, and/or masks can help.

For special occasions, many women use makeup. But what if those makeup products add to the body’s toxicity levels?

“Toxic Beauty,” a documentary directed by Phyllis Ellis in collaboration with Canadian-based sustainability consultant Sarah Jay, recently aired on Amazon prime. It investigates how toxic the beauty industry really is.

“You and I could make a product today in my kitchen, put it in a really pretty bottle, call it ‘Thursday,’ take it to CVS or a place where they sell cosmetics and they would put it on the shelf without even testing it,” Ellis said in an interview.

According to the Food & Drug Administration’s (FDA) website, “The law does not require cosmetic products and ingredients, other than color additives, to have FDA approval before they go on the market, but there are laws and regulations that apply to cosmetics on the market in interstate commerce.”

The U.S. company Johnson & Johnson, known for baby care, skin and hair products, as well as over-the-counter medicines such as Tylenol, has a lawsuit pending. The company had to recall various products such as their baby powder, since it’s linked to ovarian cancer and is supposed to be contaminated with asbestos and the mineral talcum, both carcinogens.

African-American women suffer significantly higher rates of ovarian cancer or are exposed to more chemicals than the average White woman, who encounters about 168 personal hygiene chemicals in a day.

A study conducted by the American Journal of Obstetrics and Gynecology found out that African-American women purchase nine times more ethnic hair and beauty products than other racial groups.

The Federal Food, Drug, and Cosmetic Act has not changed since 1938, so the FDA doesn’t need to regulate what goes into the production of cosmetics. In Europe, more than 1,300 chemicals that were used in cosmetics are now banned. The U.S. has only banned 11. However, California’s Governor Gavin Newsom has signed a new bill that will ban 24 toxins. That ban goes into effect in 2025. Some of the chemicals on that list include; formaldehyde, mercury, as well as various kinds of per and polyfluoroalkyl substances, better known for its abbreviation

“PFAS.” All of them are considered toxic or even carcinogenic.

This ban will change the manufacturing of all cosmetics, including shampoos, hair straighteners, and personal care products nationwide.

The high demand for more clarity in the beauty industry has led to the growth of a “clean cosmetics industry,” in which high-end sales make up to 13 percent, double the amount than four years ago the market research company NPD Group found out. (This company was formerly the National Purchase Dairy Panel Inc.)

CVS and other drug stores have also removed toxins, such as phthalates and parabens from their in-house brand, as well as chemicals carrying formaldehyde.

According to a study conducted by the Journal of Experimental Medicine (JEM) from 1905, even small amounts of formaldehyde and formalin inhaled can cause swelling of the liver and pneumonia. Therefore, the FDA classified formaldehyde as a carcinogen.

Oftentimes the hands of the FDA are tied to test cosmetics for toxins because “there are currently no legal requirements for any cosmetic manufacturer marketing products to American consumers to test their products for safety,” said then-FDA Commissioner Scott Gottlieb in a 2019 letter, addressing the asbestos case that was found in three products of the youth-focused brand Claire’s. The beauty and jewelry company addressed the claims made by the FDA and stated:

“The recent test results the FDA have shared with us show significant errors. Specifically, the FDA test reports have mischaracterized fibers in the products as asbestos, in direct contradiction to established EPA and USP criteria for classifying asbestos fibers.

Despite our efforts to discuss these issues with the FDA, they insisted on moving forward with their release.”

Claire’s also said that they were disappointed with the work of the FDA but are willing to continue to collaborate with them to provide safety to their customers. According to the company, the three products tested have been removed from all stores.

But products labeled “organic,” “natural,” or “free of parabens” are not necessarily better or less harmful. It’s different from person to person, and although the ingredients in organic cosmetics might not be cancerous, they are still considered allergens and the FDA says in regards to organic products being safer, “An ingredient’s source does not determine its safety. For example, many plants, whether or not they are organically grown, contain substances that may be toxic or allergenic.”

For instance, studies found that the essential oil in the scent “lavender,” causes hormone disruption in young boys that are linked to abnormal breast growth.

“There is also no legal definition of the words organic, natural, vegan, cruelty-free, non-toxic. What’s more discouraging is that related trademarks don’t rely on third-party lab testing to ‘certify’ their products,” Jay said.

Former L’Oreal chemist and marketing consultant, Alec Batis, who’s participated in “Toxic Beauty,” mentioned in an interview with Business Insider, that beauty shoppers should pay attention to products, such as hair dyes, soaps, shampoos, and moisturizers.

“Just be aware of certain things, because everyone’s different,” Batis said. “We don’t know the long term effects, and we have to be smart about it,” he said.

The problem is, the chemists employed by all well-known beauty brands have their hands tied to the company and company secrets. However, if the FDA had more regulations, beauty companies would be forced to label each ingredient as well as come up with new formulas, which is time-consuming and costly. Cheaper ingredients mean more products at faster rates, especially if there’s a demand for them.

“When every other industry is regulated, why is something that we’re using literally 10 times a day not regulated?” Ellis said. “It makes absolutely no sense. It’s idiotic and actually unbelievable.”