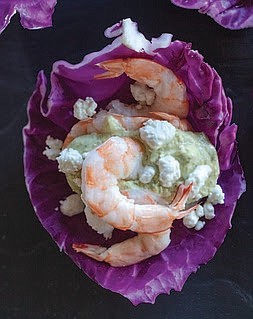 Start 2021 with a trip to the culinary region of the American Southwest with a delicious new cookbook dedicated to foods inspired by the cultural and culinary diversity of the area. Cookbook author, blogger and award-winning food photographer, Jackie Alpers has created a delicious love letter to the influential food of the Southwest in TASTE OF TUCSON: Sonoran-Style Recipes Inspired by the Rich Culture of Southern Arizona. The book celebrates, through more than 70 recipes and photos, the unique mix of cultures that create Southern Arizona's incredible Sonoran-style cuisine. 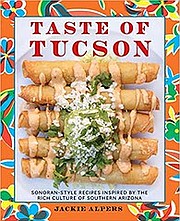 TASTE OF TUCSON: Sonoran-Style Recipes Inspired by the Rich Culture of Southern Arizona By Jackie Alpers

Alpers shares her own inspired recipe creations in this book as well as recipes from 16 of her favorite regional restaurants and chefs, while incorporating the history of the region, the mysticism and lore, and how it has contributed to the food of the people who live there.

“TASTE OF TUCSON is about how the evolution of food culture in my community inspired me,” Alpers said. “The cuisine of this region emphasizes its connection to Sonora a state in Mexico. Though the borders have been redrawn over the years Sonora (which Tucson was part of until only very recently) remains only sixty miles away. This cookbook is about inclusion and it is also about diversity. You will see the merging of cultures over time and the way food has progressed in one of the oldest continually inhabited cities in North America.”

Recipes in the book include:

"In addition to my recipes, I collected recipes from local chefs whose recipes are excellent examples of Sonoran cuisine. Some are local classics and old favorites, some are new. All are outstanding representations of Sonoran cuisine at this time, and in this place.”

“I’d like for TASTE OF TUCSON to be a jumping off point for readers to explore new culinary adventures. I hope these recipes and ideas inspire them to create their own recipe creations."

For cooks of all levels, from anywhere in the world who loves to dine on this Southwestern region's foods, this cookbook welcomes you to bring the Sonoran region's best and most iconic tastes into your own kitchen.