Historic start to the Biden administration 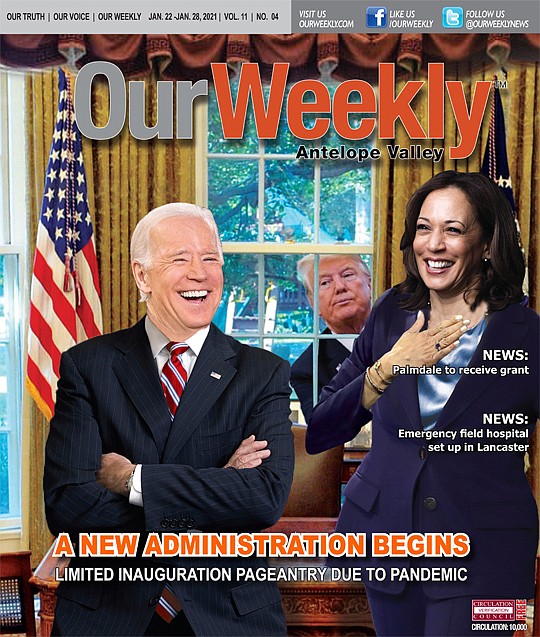 It was a different inauguration, unlike any that has been held in Washington D.C. There were no large crowds on the Capitol Mall, no parade down Constitution Avenue, and no former president to peacefully transition power.

The latter hadn’t happened since Andrew Johnson, another impeached president, decided to boycott the inauguration of Ulysses S. Grant.

Additionally, everyone on the Capitol stage had been tested for the coronavirus twice in those previous 72 hours. Including the supreme court justices, congressional members, three former presidents and their wives.

President Joe Biden, unlike his predecessor, has been in public service most of his life and served as a senator from Delaware for 36 years.

Finally, history was made at the swearing in ceremony of Vice President Kamala Harris, the daughter of immigrants who’s mother often told her “Don’t sit around and complain about things. Do something.”

“This is a breaking of a glass ceiling,” one commentator noted.

The arc of her political career includes a time when, as a freshman at Howard University, Harris decided to run for student body president.

She was told no, that it was not her time.

Yes, the entire morning was different, but as Sen. Amy Klobuchar said,

“This ceremony is culmination of 244 years of American democracy.”

There has been an inauguration every four years since 1789. Since George Washington, America’s first president.

The theme this year: “America united.”

Chief Justice Sonia Sotomayor performed the oath of office for Harris, which included a promise to support the constitution and guard the country against all enemies, foreign or domestic.

After taking the Vice President’s oath, Harris hugged the Second Gentleman, her husband, Douglas Emhoff, and gave a double fist bump to Biden.

Chief Justice John Roberts performed the oath of office duties for Biden and he swore to faithfully execute the office of the president of the United States of America.

“This is a great nation, we’re good people,” Biden continued. “A cry for racial justice some 400 years in the making moves us.”

The president referenced the moment Abraham Lincoln signed the Emancipation Proclamation and told his aides that he believed the document would be his legacy and that his whole soul was in it.

We can do great things, important things.”

Mentioning the deadly coronavirus and the fight for racial justice several times in his remarks the President said “Our history has been a constant struggle between the American ideal that all are created equal, and racism…. that has torn us apart.”

But Biden is hopeful.

“We can see each other not as adversaries, but as neighbors,” he said.

“For without unity, there is no peace, only bitterness and fury... No nation, only a state of chaos.

The new administration has specified four key pillars over next four years: Climate change, COVID-19, the economy and the racial injustice crisis. Biden noted that Americans will need each other’s strength to make it through. He quoted scripture: “Weeping may endure for a night, but joy comes in the morning’” from Psalms 30:5.

“Let’s start afresh,” Biden said in his comments. “Let’s begin to listen to one another again. Politics doesn’t have to be a raging fire. Every disagreement does not have to be a cause for total war. America has to be better than this.”

Biden alluded to the Jan. 6 insurrection mob, “which thought they could silence the will of the people. It did not happen, it cannot happen, not ever. Not ever.”

He pledged to be a president for all Americans, fighting for those who did not support his election and those who did. To defend the truth and defeat the lies and end what he called an “uncivil war.”

“We must end this uncivil war that pits red against blue, rural versus urban, conservative versus liberal,” Biden said, calling for an end to the conflict. “We can do this if we open our souls instead of hardening our hearts, if we show a little tolerance and humility, and if we're willing to stand in the other person's shoes, as my mom would say 'just for a moment.'”

The enormity of the inauguration ceremony was not lost on Biden.

“The world is watching. Watching all of us today,” he said. “The United States must lead not merely with the example of our power, but the power of our example.”

In his first act as president, Biden lead attendees and viewers in silent prayer for the more than 400,000 American lives lost in pandemic, those left behind and those serving the country. Then Poetess Amanda Gorman was introduced and gave a spoken word tribute.

The 22-year-old Los Angeles native became the youngest inaugural poet when she read “The Hill We Climb.”

“Being American is more than the pride we inherit — it’s the past we step into and how we repair it," she said.

The tasks before the new president are many and it was said that Inauguration Day would be a work day for Biden, who planned to sign a mask executive order mandate for all federal properties and interstate travel.

Additionally new executive orders from Biden will stop all wall construction at Mexican border; rescind the travel ban against Muslim countries; will “preserve and fortify” DACA; establish new limits on methane emissions; revoke authorization of the Keystone Pipeline; and place a moratorium on Arctic oil and gas leasing. Future plans include taking steps to rejoin The Paris Agreement and the World Health Organization.