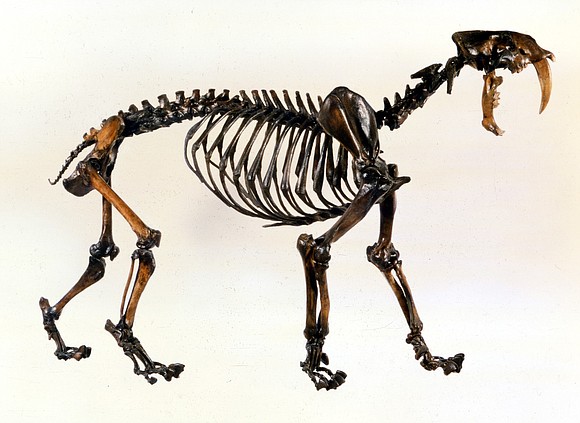 In the middle of Los Angeles, California sits La Brea Tar Pits, an abundant late Pleistocene (last Ice Age) fossil site and the world’s only active paleontological research facility in a major urban area. Paleontologists have been collecting and cataloguing fossils at the site since 1913, and buried within a hundred years of typed pages of fossils and geology samples from the site are data about exactly where and how each specimen was found in the ground.

La Brea Tar Pits, a part of the Natural History Museums of Los Angeles County (NHMLAC), has launched a new community science initiative “Sedimental Values: Digging in to La Brea’s Past,” a collaboration with the University of Michigan and Zooniverse, to digitize 40 years of fossil field data from Pit 91. Named for being the 91st hole dug by early paleontologists, Pit 91 is an active fossil site that holds thousands of specimens of extinct plants and animals jumbled together in asphalt.

With the help of interested volunteers, “Sedimental Values” will capture 40 years of fossil field data from Pit 91 through the transcription of notes from the past. "This project makes a unique dataset available, which will allow collections staff to plan for future curatorial work – and analyze the way that the fossil deposits formed," says Dr. Regan Dunn, Assistant Curator at La Brea Tar Pits.

The project will allow the curators, researchers, and students to ask new, richer research questions about paleoecology in Southern California. “We can’t wait to share the new knowledge we will uncover and to give more people an opportunity to find out what has been excavated, but left undiscovered in closed boxes for many decades” says Aisling Farrell, Collections Manager at La Brea Tar Pits.

Get involved! Anyone with a computer and web access anywhere in the world can help with this digitization project hosted on Zooniverse, a free community science platform. Create an account and follow instructions on how to participate in the La Brea Tar Pits project, “Sedimental Values: Digging in to La Brea’s Past” here (https://www.zooniverse.org/projects/jmschell/sedimental-values-digging-in-to-la-breas-past).