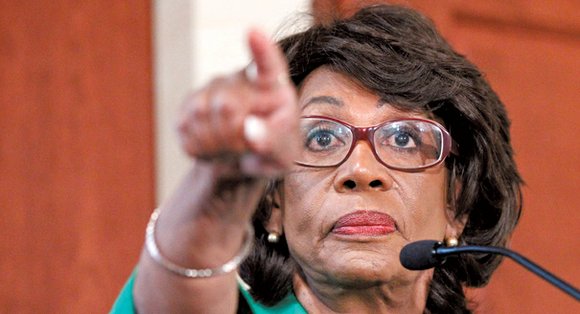 Historically, presidents have put down rebellions, not incited them.

The Whiskey Rebellion was a tax protest in the United States beginning in 1791 and ending in 1794 during the presidency of George Washington, the so-called “whiskey tax” was the first tax imposed on a domestic product by the newly formed federal government. Many of the resisters were war veterans who believed that they were fighting for the principles of the American Revolution, in particular against taxation without local representation.

Protesters used violence and intimidation to prevent federal officials from collecting the tax. Resistance came to a climax in July 1794, when a US Marshal arrived in western Pennsylvania to serve writs to distillers who had not paid the excise. The alarm was raised, and more than 500 armed men attacked the fortified home of tax inspector General John Neville.

Washington responded by sending peace commissioners to western Pennsylvania to negotiate with the rebels, while at the same time calling on governors to send a militia force to enforce the tax.

Washington himself rode at the head of an army to suppress the insurgency, with 13,000 militiamen provided by the governors of Virginia, Maryland, New Jersey, and Pennsylvania. The rebels all went home before the arrival of the army, and there was no confrontation.

Historians argue that the episode strengthened American nationalism because the people appreciated how well Washington handled the rebels without resorting to tyranny.

Matters were different last week. On Jan. 6, some Capitol Hill police were seen taking selfies with rioters. And this insurrection (defined as a violent uprising against an authority or government) was quite different from the protests held in the capitol last summer.

“In June, peaceful Black Lives Matter protestors holding signs in a park near the White House were attacked by police wielding batons and deploying tear gas,” says Ashley Jardina, an assistant professor of political science at Duke University. “The vast majority of yesterday’s rioters, who were overwhelmingly White, walked away without being detained after storming a federal government building, destroying property and terrorizing elected officials. The contrast reveals how differently our powerful institutions treat White people relative to racial and ethnic minorities.”

Lawmakers, reporters and staffers sheltered throughout the capitol building as pro-Trump rioters banged on doors and shouted.

One woman was shot and killed by U.S. Capitol Police. Three others died in “medical emergencies,” and one capitol policeman later succumbed to his injuries after being hit in the head with a fire extinguisher. Tear gas was deployed in the rotunda and an improvised explosive device was found on the Capitol grounds.

Rep. Maxine Waters (CA-45) was a recent guest on SiriusXM’s The Joe Madison Show, and went into detail about her conversation with the Chief of Capitol Police before the violent insurrection.

“[Capitol Police Chief Steven Sund] was telling us that he had it all under control. It turned out he had nothing under control. Nothing under control. And we were overrun. The Capitol of the United States of America, one of the most supposedly secure buildings in the country, was breached, and with them climbing the wall it looked like a third-world country overtake of the government. And when we saw them breaking into our windows, and going into Statuary Hall, and going on the floor of the chambers of the House and the Senate, and how they found Nancy Pelosi’s office I do not know. You would not know how to get to Nancy’s office.

“There’s got to be prosecution,” Waters continued. “There’s got to be accountability. And of course this President, who has lied his way all the way up, until this insurrection that he has caused, and the fact that we all, many of us believe he is trying to create a Civil War, has got to be stopped dead in his tracks, however we can do it: whether it is Amendment 25 or whether it is a new way by bringing him up before the Congress.”

Wednesday, in a bipartisan vote, the House of Representatives, for the second time in this presidency, voted to impeach Trump for high crimes and misdemeanors - incitement of insurrection. However, Sen. Mitch McConnell (R-Ky.) will not reconvene the Senate before Tuesday, so an impeachment trial will take place after Joe Biden assumes office.

Newscaster Don Lemon is not holding back criticism either, saying that Trump’s presidency was a “complete and utter disgrace.” Lemon, who is Black, is one of CNN’s most popular personalities.

“You will go down in history as the worst of the worst,” the anchor said as he picked apart the ongoing fallout from the insurrection.

Lemon described the outgoing president as a “madman” and a “complete and utter disgrace.” He urged viewers not to forget the republicans who enabled Trump in his reality-denying bid to overturn the election results and who encouraged Trump supporters to partake in the shocking and deadly scenes that unfurled in Washington, D,C,.

“As the sitting president sworn to serve our nation, Trump repeatedly incited this violence and the desecration of our Capitol when he was given multiple opportunities to stop the madness and ask people to stand down,” Bass continued in her statement. “Instead, he told them he “loved” them.

“It can’t be overlooked that the same people who broke into our nation’s capitol building yesterday are those who scream about law and order when there are Black Lives Matter protests,” Bass said.

Former Secretary of State Colin Powell said on Sunday that he no longer considers himself a member of the president’s party, according to The New York Times.

During an interview on CNN, Fareed Zakari asked Powell if Republican Party members “realize that in a sense they caused, that they encouraged at least this wildness to grow and grow,” referring to Trump’s chaotic governance, which culminated in the violence last week.

Powell, 83 and a longtime Republican Party member, replied, “They did and that’s why I can no longer call myself a fellow Republican.”

He added that Republican officials, “should have known better” than to support Trump, but “they were so taken by their political standing” and “none of them wanted to put themselves at political risk” by speaking out against him.

“We need people that will speak the truth,” Powell added.