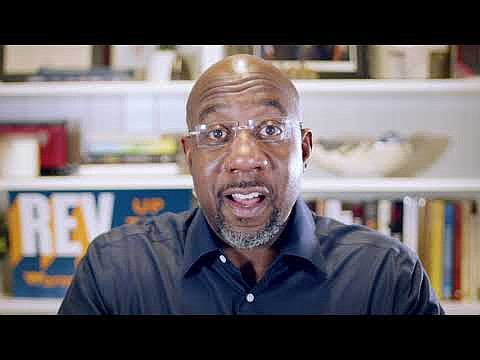 Raphael Warnock. Georgians for the Arts

The state of Georgia turned Blue (Democratic) once again in last Tuesday’s Senate runoff, effectively making history while changing the power of the Senate. Raphael Warnock beat Republican Kelly Loeffler, becoming the first Black Senator from Georgia. And with Jon Ossoff’s victory over incumbent David Perdue, the Senate is now half Democrat, half Republican, with vice-president Kamala Harris, also a Democrat, deciding any ties. In effect, it means Republican stalwart Mitch McConnell, who has a history of blocking Democratic measures, is no longer the majority leader. That powerful spot now belongs to Democrat Chuck Schumer.

The historic win for Democrats means it will be easier for President-elect Joe Biden to get his policies through Congress.

Warnock, who is minister of Ebenezer Baptist Church, which is late Dr. Martin Luther King Jr.’s church, was humble is his acceptance speech and emotional.

“Because this is America, the 82-year-old hands that used to pick somebody else's cotton went to the polls and picked her youngest son to be a United States senator.”