The politics of easing on down the road

Psychopaths can easily also be sociopaths, but rarely is the reverse true 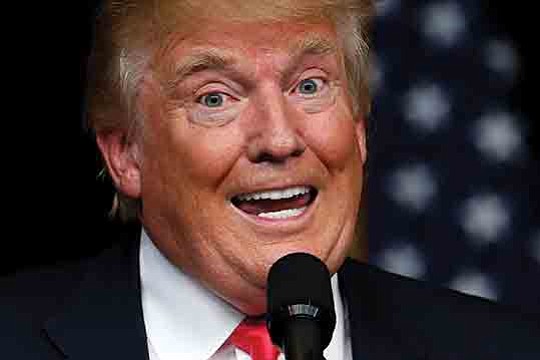 As the clock ticks towards January 20th and a final “good riddance chant” to DJT as POTUS, it may be useful to remind ourselves of a few important definitions to help explain some of the outlandish behavior still to see.

First, yes there is a distinct difference between a psychopath, which the POTUS certainly is, and a sociopath, which he also MAY be. According to the science textbooks, a psychopath is a mentally damaged person bereft of empathy and morality. The condition almost always has a genetic cause. Psychopaths are very dangerous, and are regularly criminals. Their most noted traits are lack of guilt or empathy, lack of ability to build intense emotional bonds, lack of loyalty, pervasive narcissism, easy display of a superficial charm, regular dishonesty and reckless risk taking, particularly by pushing others out front to take any return heat. They are regularly thought not to have a moral compass whatsoever, so rape, murder and the like are easily within their wheelhouse.

Sociopaths are generally created through environmental causes. They tend to be loners not interested in charming the public. They tend to have some sense of morality and guilt, and a need for public adoration, or at least acknowledgement, but will create chaos and violence erratically and spontaneously in response. The Joker character in the recent movie by that name, is a classic case.

Psychopaths can easily also be sociopaths, but rarely is the reverse true. We, as Americans, should continue to expect our present POTUS to try and stoke public violence between now and January 20th to soothe his own sense of public shame at being bested in the last election. Such violence can be used to declare martial law, bring in American troops to reestablish public order, and thereby postpone, if not cancel, his removal from office on the 20th.

He sent out several notices to his millions of Twitter followers to come to Washington, D.C. to disrupt the Congressional certification of the Electoral College results on January 6. It was not a call for peaceful interaction. The object was to pull a rabbit out of a hat to benefit himself.

For those vying for public office, we will also hear names dropped a lot, like socialism. Many Democratic candidates for office, and those who are already office-holders, have been and will be called socialists. A modest bit of advice: once you hear that appellation used, just tune out. There will be nothing beneficial said after that point. Socialism is an economic system directly the opposite of capitalism. Socialism does not contradict democracy — which is a form of representative government --- instead, it lays out an opposite trail to Wall Street, banking, and private ownership of land and resources. As a solid example to refer to, look at China---clearly a government run by an autocrat and the communist party (communism being the latter stage of socialism) --- but who have companies represented daily on the New York Stock Exchange, and the Chinese government is deep into banking and the money supply. The name-dropping is intended to befuddle you, not help you make a rational decision about choosing a representative.

Lastly, there will be plenty of artistic musings as this American saga comes to its end. The continuation of “Our Cartoon President,” with its belly laughs, will be available at least for another two weeks in several newspapers and the internet. That’s something toward which we can all look forward. I cannot imagine Mr. Biden heading a similar flash of weekly hilarity. Additionally, there’s a ton of new songs on YouTube, such as “Donald Trump Is Gone,” “Goodbye Mr. Trump!,” “Get Along Little Doggy,” etc. In these surging days of COVID-19, these ditties warm the hearth. Enjoy.