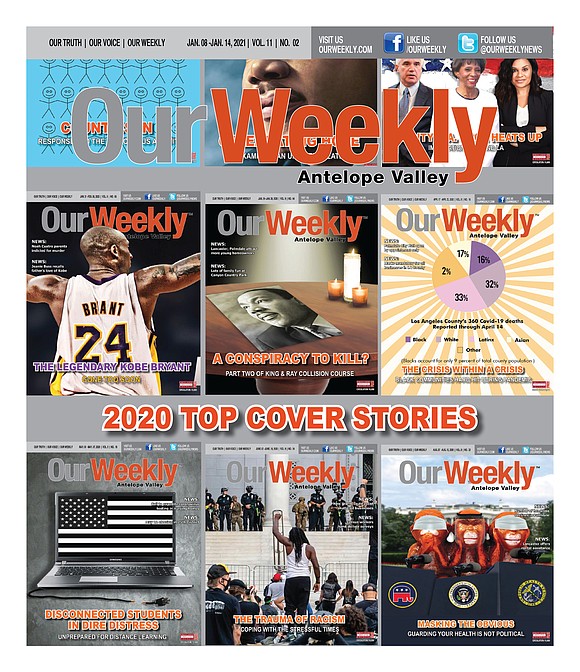 From the window illustrating the hacking of zoom technology, to the image of George Floyd which inspired protests, Our Weekly's cover articles and their associated art pieces continue to provoke thought, reflection and sometimes laughter.

As this newspaper prepares to celebrate its 17th anniversary, we offer readers condensed versions of some of our best cover stories of the past year. In addition to covering the coronavirus pandemic; 2020 US Census; Black Lives Matter movement; and the election which made Kamala Harris the first Black woman voted in as US vice president, we have honored some of the precious lives lost this year, including Kobe Bryant and John Lewis.

It's been an extraordinary 12 months and we look forward to bringing readers additional interesting cover articles and art as we forge into the future. The newspaper offices have closed for the holidays and will open on Monday, Jan. 11, 2021. All of the Our Weekly staff members wish you and yours continued blessings and prosperity throughout the holidays and into the New Year.

Death of a basketball genius 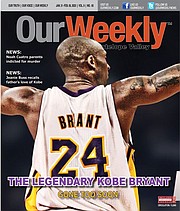 No. This isn’t a dream. It’s not a cruel joke, or a baseless rumor.

The undisputed king of the Los Angeles Lakers franchise – Kobe Bryant – has fallen; and in the wake of his sudden demise, an entire city wallows in immense sadness.

It wasn’t supposed to happen this way – so violently and prematurely. Bryant, in the minds of many, was going to live another 40 years. His fans planned to see him reach new heights. His critics thought he’d be around longer for them to continue throwing dirt on his legacy. Instead, as time progresses, everyone will be forced to live with only memories.

Bryant was entering the second act of his existence — primed to achieve levels of success as an entrepreneur and storyteller for kids that would rival his numerous achievements on the hardwood.

Everyone in L.A. and his supporters were looking forward to that. But these expectations will never materialize. Bryant is gone. And it seems the world knows he’s the last of a dying breed.

Cheers have been replaced with tears of grief and anguish, as the sports community attempted to swallow a bitter pill that’s comparable in size and scope to any beloved public figure who’s ever died tragically.

The Staples Center — a central hub for sports and entertainment fanatics throughout L.A. — was surrounded by the remnants of candlelight vigils and somber ceremonies for weeks.

New attention was inevitably paid to Bryant’s past, which included a sexual assault charge in 2003, and the volcanic dissolution of his professional relationship with former teammate Shaquille O’Neil.

But in hindsight, Bryant’s personal and professional skeletons are what made his story more intriguing, and his death infinitely more tragic.

Over a career spanning 20 years, basketball fans watched in awe and wonderment as Bryant — known as simply “The Mamba” — wreaked unthinkable havoc on his opponents.

He imposed his dominance on many occasions while the debilitating effects of chronic injury diminished his explosiveness and physicality.

A broken nose here, torn rotator cuff there, a broken finger, a bum ankle, ailing joints and battered knees — Bryant’s superhuman ability to perform through pain became legend as he dragged his failing body though two decades of competition.

Perhaps that’s why it’s been a challenge for Bryant’s supporters to accept the reality of his demise. For millions of admirers across the nation and beyond, he was a hero — a hero like Superman — capable of making the impossible seem ... possible.

However, as fate cruelly revealed, Bryant was mortal, not bulletproof as his outer glow indicated. His life was as fragile as the rest of our lives – and it was taken unceremoniously, tragically, in a matter of moments.

Bryant, one of basketball’s greatest players and most gifted scorers of all time, was among the passengers who died Sunday, Jan. 26 in a helicopter crash under foggy conditions in Calabasas, about 30 miles northwest of downtown LA. 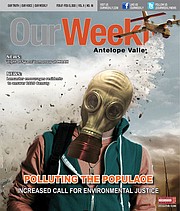 In January, a Delta Airlines jet experienced engine trouble shortly after takeoff from LAX and upon return to the airport dumped about 15,000 gallons of jet fuel over a considerable swath of Southeast Los Angeles. While no one was seriously injured during the incident, some residents were outraged. They called the dump the latest in an ongoing crisis in environmental injustice that regularly affects some of the poorest communities, not only in Los Angeles County, but across the nation.

Since then, Delta has been sued by teachers whose students who happened to be outside and were witness to the fuel dump. Parents and some county officials allege negligence on the part of the pilot for ejecting fuel over a populated area — and Delta as a whole for allowing the plane to take off.

“This would have gotten a more serious response if it happened to a wealthier community,” said Nadine Escobar, the mother of a student at Park Avenue Elementary School in Cudahy. “Delta is trying to downplay this, but we don’t know what the long-term effects on the children and the rest of us will be.” Approximately 60 children and teachers, who were exposed to the smelly vapor, were examined for minor skin and lung irritations and told to “wash with soap and water.”

While the county’s fire department told residents that it did not detect chemicals when they inspected the affected schools (the majority of the fuel had evaporated before it made contact with people and the environment), significant controversy did arise resulting in condemnation from local and national politicians. The South Coast Air Quality Management District issued a notice of violation to Delta Airlines.

The federal Health and Human Services Department admits that not much is known about the health effects of exposure to kerosene-type jet fuel. Prior studies of military personnel — such as those at nearby Edwards Air Force Base — have suggested that it can affect the nervous system, but that research involved people who work around jet fuel all the time.

Jet fuel has been determined to be a highly toxic immunomodulator. That fancy word means that exposure to the substance — even a one-time occurrence as in Cudahy — can be particularly acute for the victim. The problems caused by this toxin are mediated by the immune system itself, specifically through the action of a group of white blood cells called “mast cells.” These cells carry microscopic packets of histamine, the chemical that causes burning, irritation and inflammation associated with allergies. Because the children were on the school yard, exposure to ultraviolet rays of the sun draws mast cells out of the bloodstream and into the skin.