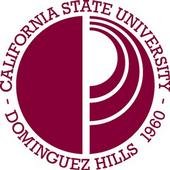 The program was approved by the California Public Utilities Commission and launched by SCE in July 2019. It gives participating California State University and University of California campuses performance payments to identify and apply sustainable actions to reduce the release of greenhouse gases.

Along with CSUDH, Cal Poly Pomona and five UC campuses and medical centers are participating.

Due to the coronavirus pandemic, the first year of the pilot was shortened to nine months -- from July 2019 to March 2020 -- to reflect the amount of energy used by the campuses during normal operational capacity.

During that time, CSUDH reduced its release of carbon dioxide (C02) by 14,281 metric tons, achieving the highest percentage of GHG reduction among the participants, officials said.

"We are all incredibly happy with what we have accomplished, and have exceeded our own expectations,'' CSUDH's Central Plant/Energy Manager Kenny Seeton said. "This was a wonderful opportunity for us to prove to the rest of the community what we can all achieve with the right support to combat climate change.''

Compensation for the campuses is funded through SCE's cap-and-trade auction revenues, and is based on actual metered results. Success is measured on greenhouse emissions avoided, rather than the standard method of measuring reduced energy use.

In 2019, under Seeton's direction, CSUDH upgraded its natural gas absorption chillers with electric chillers, and one large natural gas boiler with eight small condensing staged boilers. The data showed a substantial (57 percent) reduction in natural gas usage, and the cooling tower water savings from the reduced thermal load resulted in a drop of 2.8 million gallons in water usage in one year.

The new electric chillers have contributed significantly to CSUDH's greenhouse reduction and energy savings during the SCE partnership, as did new LED lighting and smart sensors that were installed on campus in both LaCorte Hall and Welch Hall.

In October 2020, the Central Plant launched a solar thermal project to heat water and gauge greenhouse reduction and monetary savings. The department also installed recycled solar panels and batteries in CSUDH's Urban Farm to run such devices as scales to weigh produce and do research, and lights for the farm's aquaponics tank.

"If we prove that solar thermal is viable, we will then create a pilot phase change project (matter changing from solid, liquid, and gas) for thermal storage with the potential to store the excess hot water that we produce in the daytime,'' Seeton explained. "If it works, we won't need to burn gas in the boilers at night anymore.''

Central Plant is also finishing up the development of a condensate (liquid formed by condensation) recovery project for all air cooling and distribution units accessible through CSUDH's extensive underground tunnel system. When complete, the university is expected to recover nearly 1 million gallons of water per year, which will be piped into the cooling towers.

"We're doing what we can to maximize savings by tweaking the system, adjusting things, and taking advantage of all financial opportunities that come our way so we can maximize our (greenhouse) savings,'' said Seeton. "We want the world to know that CSUDH is one of the leaders in energy efficiency and sustainability.''