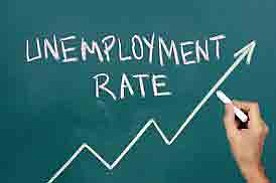 Since the pandemic hit the economy, many Americans have filed for Unemployment Insurance (UI). However, data shows that African-Americans are less likely to receive benefits.

Since many Americans lost their jobs, Congress extended unemployment benefits for employees who qualify. The Pandemic Unemployment Assistance program qualified many Black part-time employees, freelancers, and gig workers for benefits for the first time.

Despite this fact, a national survey conducted by the National Opinion Research Center (NORC) at the University of Chicago, showed that between last April and June, 24 percent of unemployed White Americans received benefits from the Pandemic Unemployment Assistance program, compared to 22 percent of Hispanics and only 13 percent of African-Americans.

This is nothing new.

During the Great Recession, national unemployment numbers jumped to 10 percent by October 2009. African-Americans were hit at a greater proportion during this time, with unemployment surpassing 16 percent at the beginning of 2010, Urban.org reported. Hispanics peaked with 13 percent unemployment at the end of 2009. White Americans only reached 9.3 percent of unemployment during the same period.

Additionally, people of color were unemployed longer during the Great Recession, even though African-Americans made up to 12 percent of the workforce, they accounted for an estimated 24 percent of unemployed workers for a year or longer and 26 percent of workers being unemployed for almost 100 weeks or longer, the U.S. Bureau of Labor Statistics reported.

Many southern states - which have a higher population of African-Americans - have made the biggest cuts regarding unemployment benefits. In North Carolina and Florida, less than 12 percent of unemployed people received benefits in 2019.

In 2018, only 10 percent of unemployed residents in North Carolina received benefits compared to 50 percent in New Jersey.

Also, individuals who have been excluded from benefits in the past because they worked seasonal or on call, may not be aware of the fact that they might be eligible for the pandemic assistance program, and might never have taken the opportunity to apply.

According to data collected by the U.S. Bureau of Labor Statistics, people of color living in states with limited benefits available are often discouraged from applying for any kind of benefits, being under the impression they are unqualified, to begin with, although this might not be the case.

Additionally, African-Americans have been applying for benefits at a decreased rate in comparison to White Americans who are unemployed, the NORC survey researched. The injustice regarding unemployment benefits is even more harmful to African-Americans because they have been more likely to be unemployed in current- as well as in past disastrous times.

Unemployment for the African-American community tends to usually be higher in comparison to White Americans, even when the economy is doing well.

The gap of inequity between African-American and White American workers would be even greater if the “essential” jobs, highly represented by African-Americans, would not be considered.

In general, African-American households have long fallen short regarding lower income, as well as fewer savings to make ends meet, compared to their White counterparts.

“Because Black households have one-tenth of the wealth of White households, it’s that much more important that unemployment insurance kicks in to reduce the different experiences across these racial groups,” economist Damon Jones, who teaches at the University of Chicago told ProPublica. “If you start out with less wealth and you have less access to unemployment insurance, you’re doubling down on this negative impact.”

According to a Pew study from April 2020, 48 percent of African-Americans had a hard time paying bills versus 44 percent of Hispanics and only 26 percent of White Americans.

When African-Americans do receive benefits, they usually acquire a smaller amount, since it’s decided by income, and many African-Americans earn less, regardless of educational level. Also, unemployed Blacks are more likely to use up the 26 weeks of unemployment benefits than White Americans due to prolonged unemployment. Because of existing job discrimination in the job market, it’s a lot harder for African-Americans to get a new job—or their old job back. They are also usually the first to be let go.

This phenomenon is not by accident, it is plotted and deeply rooted in society.

“You wonder why this system is so messy and complicated,” Jones added.

“And then you look back in the history and you see that the origins of some of these barriers were driven by racism and xenophobia.” From a historical point of view, the job market, in general, has been worse for African-Americans than White Americans. There are various reasons for this: the repeated abuse of Black business owners who lost their wealth on the 1921 Black Wall Street riots in Tulsa’s, Okla.; systemized segregation by excluding African-Americans from well-paid jobs; as well as continuous racism.

In 1935, the Social Security Act formed unemployment insurance as a mutual federal-state system. However, the majority of people who were qualified for unemployment benefits were full-time employees who were laid off for a short period of time but who would be able to return as soon as the economy returned to normal. On the other hand, African-American domestic workers and farm workers were not included.

According to former historian for the Social Security Administration, Larry DeWitt, 65 percent of African-American employees were impacted by the guidelines of not being able to receive unemployment benefits.