Jim Ledford pleads not guilty to conflict of interest, perjury

Could be sentenced to four years 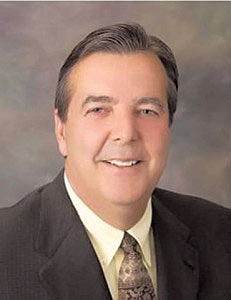 Former Palmdale Mayor Jim Ledford, who's accused of illegally receiving more than $60,000 a year from local consultants and failing to publicly disclose the income on economic disclosure statements, pleaded not guilty this week to five felony counts.

Ledford, 67, was charged in June 2017 with one count each of conspiracy to commit a crime and conflict of interest and three counts of perjury by declaration. A judge ruled in December that there was sufficient evidence to proceed to trial.

If convicted as charged, Ledford—whose next court date is an April 22 pretrial hearing—could be sentenced to more than four years in prison, according to the Los Angeles County District Attorney's office.

Charged along with Ledford were Kimberly Anne Shaw, 65, who had been a consultant for the city of Palmdale for two decades, and Susan Burgess Miller, 72, who was the executive director of the AERO Institute.

The criminal complaint alleges that the defendants utilized various shell companies to pay Ledford about $5,200 a month.

Miller, doing business as Complex Culture Change Consulting or CCCC, hired Ledford in August 2009 as a consultant at or around the same time the AERO Institute began paying CCCC nearly all of its monthly income, according to the criminal complaint.

AERO Institute paid Miller's consulting firm more than $13,000 a month over a four-year period, and the company, in turn, paid Ledford $5,200 a month, the District Attorney's Office alleges.