Gun arrests and homicides are up 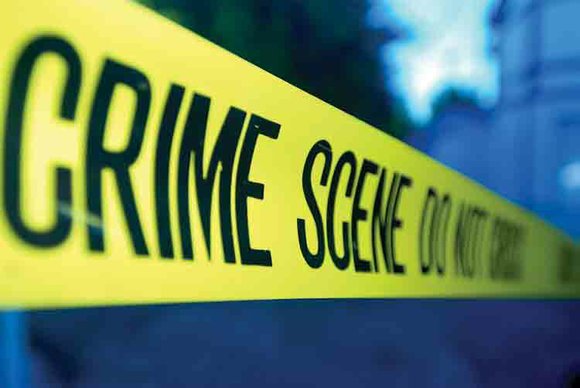 Police Chief Michel Moore of the Los Angeles Police Department (LAPD) stressed in various press releases and interviews that there is a deadly surge in violence coexisting with a deadly pandemic. Recent LAPD statistics show that over two-thirds of gun violence appeared in South LA.

“This is not a police issue, this is a public health issue,” Moore told ABC7 news.

The LAPD headquarters also pointed out a surge of citywide violence, reporting 68 shootings and 24 homicides, ”being the highest year-to-date start in over 10 years.”

Overall, LA has seen a decrease of 9 percent in crimes but a 36 percent increase in homicides and a 41 percent surge in shooting victims.

So what is the connection between the coronavirus pandemic and the surge in violence?

The answer is not a simple one.

The first stay-at-home order and the protest which took place last summer, compiled with the increase of police brutality, may be factors that contributed to the surge in gun violence and homicides.

Other possible factors regarding the surge involve an increase in unemployment, economic uncertainty, existing poverty, lack of educational opportunities, gang violence, police brutality due to the protests over the summer, the defunding of the police which resulted in an understaffed and overwhelmed LAPD, as well as the modification of the justice system, which included the releasing of inmates.

However, the current pandemic is a major player in this dilemma, since the world changed forever in March 2020.

According to data, crime reports between January and February in 2020 were on a smaller scale similar to the same course of 2019. Then in March, when California ordered its statewide stay-at-home order, certain crimes spiked.

By the end of November of last year, 300 homicides were accounted for, the first surge in crimes since 2009. December accounted for 45 shooting victims, and 14 homicides compared to only 17 shootings in December of 2019.

“2021 has seen the tragic continuation of shooting violence, primarily concentrated in our most disadvantaged neighborhoods,” Moore tweeted.

In South LA, these neighborhoods are predominately African-American and Hispanic communities.

“Nearly all of the loss of life and shooting victims are centered in the Black and Brown communities,” Moore told the LA Times. “The lack of jobs and supportive services, a sense of hopelessness, easy access to firearms and ineffective parts of the criminal justice system have created a perfect storm to undermine public safety gains built over the last decade.”

“Officers have made 105 arrests of individuals with firearms. One hundred and thirty firearms taken from the street. Gang intervention is trying, but we need our community and elected officials,” Moore tweeted.

What differentiates other communities from South LA is that they’re usually safer and have resources to fall back on, even if there is a crime. Therefore, many gang interventionists are asking for funding to help bring peace around the communities of South LA and build a stable community.

Community-based organizations such as 2nd Call, Soledad Enrichment Action, The Professional Community Intervention Training Institute, and Los Angeles Intervention Coalition are all working together to help decrease violence in neighborhoods the organizers grew up in and know inside and out.

An investment of $54 million is being advocated by the Los Angeles Intervention Coalition - which facilitates with the Urban Peace Institute - to inflate the effort of other valuable peacemakers and better the lives of many communities of color.

The help of law enforcement is not enough, so the coalition is asking the City and County of Los Angeles’ public leaders to support this investment regarding gang intervention with the hashtag #FundPeacemakers.

“The isolation, sense of hopelessness and the inability to quell disputes and ready access to firearms, along with a justice system that has been severely impacted has removed many levers that over the last decade has been effective in the reduction of homicides and shooting violence," Moore said in a recent press conference.

Opponents of the police suggest instead of increasing police presence, it is important to instead invest funds from the LAPD’s multibillion-dollar budget into communities that are suffering from higher crimes. They believe that redirecting LAPD resources toward income, housing, education, and social services will help people step out of poverty and flatten the curve of crime. In a recent poll, residents of LA also showed interest in having LAPD funds invested in social programs instead.

“I’m hopeful with the efforts of adding resources to our gang interventionists, and beginning to see some of our social institutions open back up, that we’re going to be able to use much of the model that we’ve seen in the past work,” Moore said.