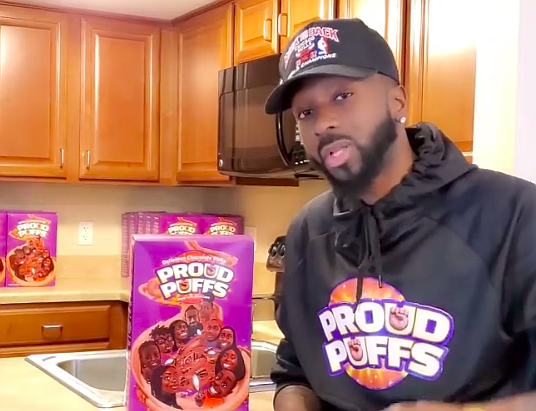 On one particular night last summer, Nic King had trouble sleeping. There was a lot on his mind. The 34-year-old had recently left his corporate job. The Black Lives Matter protests following the death of George Floyd had just begun to spread nationwide. It was out of this moment, one that he calls “divine inspiration,” that he came up with the idea for Proud Puffs, a chocolate-flavored, vegan cereal formed in the shape of a Black fist, reports the Huffington Post.

“I woke out of my sleep. It was a random idea that was on my mind,” King told HuffPost. “I’m thinking, where is cereal coming from? Starting a cereal company is a super bizarre idea to think about at 3 a.m. but as a man of faith, I’ve always believed if you get a random idea, God gives you an idea and you look into it.”

From there, King, who lives in Darien, Connecticut, spent the next several months conducting research on how to pursue his vision. He officially announced the launch of Legacy Cereal in December, which he says may be the only Black-owned business of its kind.