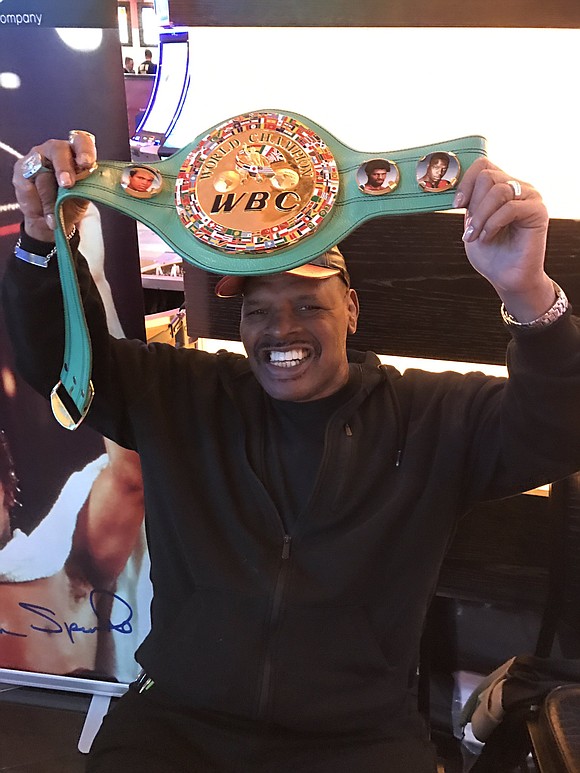 Leon Spinks, who scored one of the biggest upsets in boxing history bydefeating the legendary Muhammad Ali in a split decision, has diedafter a long battle with prostate cancer on Feb. He was in a Henderson, Nev. hospital when he passed at 67 with his wife Brenda by his side. Spinks took the sports world by storm when he unseated Ali for the heavyweight crown on Feb. 15, 1979. His glory was fleeting however, as the legendary pugilist regained his title a scant seven months later.

For the rest of his career Spinks never reached his early prominence. A product of the St. Louis ghetto, Leon Spinks made a name for himself as an amateur in the United States Marine Corps. Along with younger brother Michael, he earned a Gold Medal (light heavyweight division)

in the 1976 Montreal Olympics as part of a boxing team considered the best in history (Sugar Ray Leonard was also a teammate). He’d had just seven fights when he stepped into the ring (to the tune

of the “Marine’s Hymn”) against Ali as an underdog in Las Vegas, Nev. Ali, ravaged by age (he was 36) and perhaps not training seriously, succumbed to the relentless charge of the hungry upstart. By their rematch at New Orleans’ Superdome on Sept. 15, Spinks had been stripped of his title for refusing to fight Ken Norton, and Ali danced and jabbed his way to a unanimous decision.

Spinks retired at 42, and dabbled in wrestling and the mixed martial arts, and squandered his fortune along the way. By the millennium, he was reduced to drug addiction and served as a custodian in a YMCA, in sharp contrast to Michael, who won the light-heavyweight and heavyweight titles before retiring to his Delaware mansion.