Noted for her role in civil rights 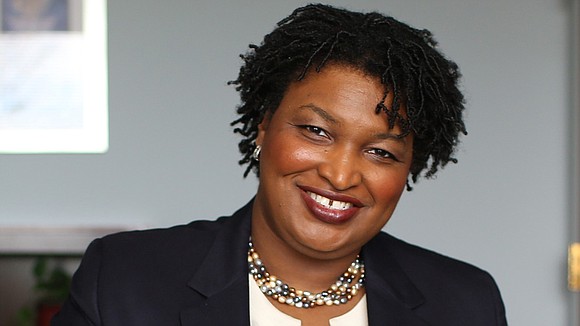 U.S. voting rights activist Stacey Abrams is among those nominated for a Nobel peace Prize this year, according to a recent announcement by a Norwegian lawmaker.

Abrams, a Democratic Party politician, was nominated for her work to promote nonviolent change by increasing voter registration. She was a one-time candidate for Georgia governor and has been credited for mobilizing Democratic voters during the recent senatorial election in that state.

“Abrams’ work follows in Dr. Martin Luther King Jr’s footsteps in the fight for equality before the law and for civil rights,” said Lars Haltbrekken, a member of Norway’s parliament. King won the Nobel prize in 1964.

“Abrams’ efforts to complete King’s work are crucial if the United States of America shall succeed in its effort to create fraternity between all its peoples and a peaceful and just society,” Haltbrekken said.

The Black Lives Matter (BLM) movement was nominated for its role in raising global awareness about racial justice.

“I find that one of the key challenges we have seen in America, but also in Europe and Asia, is the kind of increasing conflict based on inequality,” said Norwegian member of parliament Petter Eide, who nominated the movement. “Black Lives Matter has become a very important worldwide movement to fight racial injustice.”

Eide said he was impressed by the movement’s ability to “mobilize people from all groups of society,” which made it different from other movements.

BLM was founded by Alicia Garza, Patrisse Cullors and Opal Torneti in 2013 following the acquittal of George Zimmerman in the shooting death of Trayvon Martin.