The Heroes Within Us 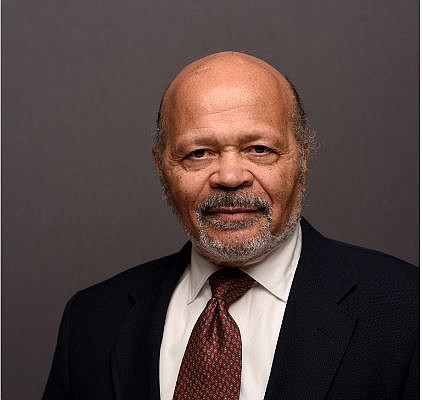 Each February in schools across the nation, pictures of well-known Black historical figures are mounted on bulletin boards in commemoration of Black History Month.

These figures are presented to young American minds as Black heroes to be noted during the shortest month of the year, and then tucked away for the next 11 months.

As long as this annual exercise creeps along from year to year in its present form, it will inhibit the recognition of the “Black character” of America. Black History Month, as it exists today, continues the practice of “othering” Black people in America.

To make sense of this, we need to consider the nature of heroes. Heroes, like many things in our lives, are social constructs. They are created to act as building blocks in our “nation building.” The hero defines who we are as a people and exemplifies our best and most desirable characteristics. Heroes, in this sense, are not the builders of a nation; they are the building blocks of the "national spirit" or the “volksgeist” of a people.

George Washington has been so venerated as an American hero that the dome ceiling in the rotunda of the U.S. Capitol depicts his deification in a painting titled “The Apotheosis of Washington.” He receives this hero worship despite the fact that he bought and sold human beings as chattel slaves. Many well-documented instances exist where he treated Black men and women as less than human.

Davy Crockett also is counted among the pantheon of American heroes even though he met his death at the Alamo in 1836 trying to preserve slavery in Texas when it was still a part of Mexico. Mexico had officially abolished slavery in 1829 and Gen. Santa Anna marched to Texas – and the Alamo – in 1836 to finally rid it of that abomination.

I will abbreviate this list by lastly naming Confederate Gen. Robert E. Lee, whose statue still stands in glory in Richmond, Virginia, a city where, in 2003, condemnation of a statue erected to honor Abraham Lincoln reached a fever pitch by Confederate sympathizers.

Nations are built in the shadows of mythic heroes. White heroes who populate American mythology are legion. But they are men who are feted for slaughtering Indians, building infrastructure with Black labor under the lash and oppressing the Latinx people of our Southwest.

In the ethos of America, there has been little tolerance for heroes who promote true justice and equality. And Black folk are seldom raised up as “national” heroes because people of color are believed to have nothing to do with the building of the American spirit that most white people recognize.

Regardless of their courage or contributions to American society, Black heroes are constructed by America’s dominant social class to be figures who merely pleaded for the recognition of the humanity of Black people. But this construct denies these Black icons the one defining characteristic of a hero. A true hero faces, and strives to overcome, adversity. Our greatest adversity, which is the core problem in America, is the denial of our humanity. A true Black hero does not plead for white people to stop denying our humanity. Our true heroes have faced this problem and struggled to overcome it.

Malcolm X, W.E.B. DuBois and Ida B. Wells, just to name a few, stood courageously against our greatest adversity and struggled mightily trying to end it in the face of condemnation and demonization. Dr. Martin Luther King Jr., because of his courageous struggle, has been raised up as a Founding Father of the new America that can be.

But America is still a work in progress. And as we build this nation, there is still a need for new heroes. We must keep in mind that the construction of heroes is a social choice. For America to become the liberal democracy we pretend it to be, this country must admit that it has had a problem in choosing its national heroes.

Unfortunately, it has always been the talent of the elites of this country to shape the narrative of the political question of the day to serve their needs. And this requires a denial of the existence or severity of the problems of Black folk. For the past four centuries, Black folk have been so preoccupied with staying alive, precious few of us have engaged in the struggle to defend our right to BE.

The task before us now is to remove America’s toxic heroes and to construct our own and see to it that they are given their rightful place in the pantheon of our nation.

In order to ensure that we have heroes to raise up, it is important that we all become the type of courageous, self-sacrificing person that should be honored and emulated. We have plenty of role models to go by, so we must become the heroes upon which our nation is to be built.

It is up to each of us to confront the adversity oppressing us all, be the heroes we are meant to be and make this nation what it can become.