Blacks getting shots at lower rates than Whites 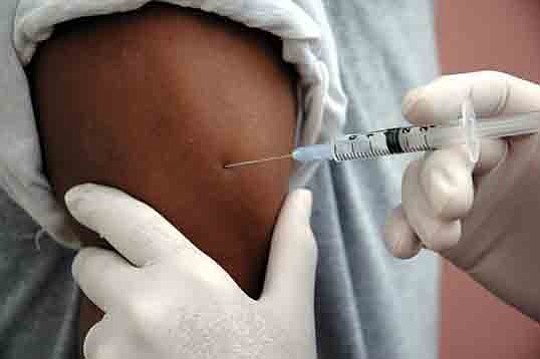 Blacks are receiving COVID-19 vaccinations at dramatically lower rates than White Americans in the first weeks of the rollout, according to a Kaiser Heath News analysis.

About 3 percent of Americans have received at least one dose of coronavirus vaccine so far. But in the 16 states which have released data by race, White residents are being vaccinated at significantly higher rates than Black residents, according to the analysis — in many cases two to three times higher.

Just over half of Black Americans who plan to get the vaccine said they’d wait to see how well it’s working in others before getting it themselves, compared with only 36 percent of White Americans.

That hesitation can even be found in the health care workforce.

The vast majority of the initial round of vaccines has gone to health care workers and staffers on the front lines of the pandemic — a workforce that’s typically racially diverse and made up of physicians, hospital cafeteria workers, nurses and janitorial staffers.

Locally, the L.A. County Department of Public Health (DPH) released demographic data showing a significantly lower rate of vaccinations for healthcare workers who live in South L.A., home to large populations of Black and Latino residents. The unbalanced figures among what might seem like a relatively easy-to-vaccinate workforce doesn’t bode well for the rest of the country’s diverse population.

“There may be many issues that contribute to the lower vaccination rates that we’re seeing in some communities, but the one issue that we don’t want to have accounting for a lower vaccination rate is that there wasn’t good access to places for people to get vaccinated,” DPH Director Barbara Ferrer said.

Gov. Gavin Newsom’s announcement last week that the state would begin giving vaccination priority to people based on their age has sparked concerns from groups representing some essential workers and disabled people who may now have to wait longer.

County Supervisor Holly Mitchell said she worries the state is moving toward a vaccine distribution framework that may not “address what is really necessary to deliver a really equitable and ethical vaccine program when you look at communities that are being disproportionately hit by the virus.”

Mitchell noted that the COVID-19 death rate among people living in the most impoverished neighborhoods of L.A. County are almost four times the rate of residents in the wealthiest areas.

“If our ultimate goal is to reduce infections, hospitalization and mortality rates, we’ve got to figure out how to target those who are truly at most risk,” Mitchell said.

Black, Hispanic and Native Americans are dying from COVID-19 at nearly three times the rate of White Americans, according to a Centers for Disease Control and Prevention (CDC) analysis. And non-Hispanic Black and Asian health care workers are more likely to contract COVID and to die from it than White workers.

“My concern now is if we don’t vaccinate the population that’s highest-risk, we’re going to see even more disproportional deaths in Black and brown communities,” said Dr. Fola May, a UCLA physician and health equity researcher. “It breaks my heart.”

Additional concerns: the digital divide may give an edge to those who have easy access to the internet and can make quick, online appointments. Add to that the fact that lower income residents may not have transportation to drive through vaccination sites. Finally, public health officials must also overcome a certain level of mistrust to vaccinate Black Americans. That mistrust is rooted in generations of systemic racism and the legacies of the infamous Tuskegee syphilis study and Henrietta Lacks’ experience.

The choice of name for the vaccine development, “Operation Warp Speed,” didn’t help; it left many feeling this was all done too fast.

Public health messaging has been slow to stop the spread of misinformation about the vaccine. But experts are clear: the messaging shouldn’t merely be ads of famous athletes or celebrities getting shots. Word of mouth outreach, from neighbor to neighbor, will be most effective.