‘Your Voice is Power’ collaboration with Amazon 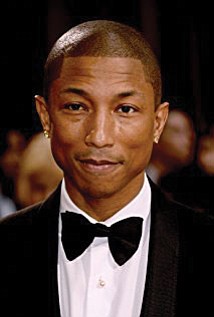 YELLOW, an education non-profit funded by singer Pharrell Williams, is partnering with Amazon and Georgia Tech to launch a new music remix competition to inspire Black students to pursue careers in computer science.

“This collaboration between YELLOW, Amazon, and Georgia Tech is a celebration of Black creators and change-makers,” said Williams.

“YELLOW at its core believes that education is a pathway to success. Teaching kids future-ready skills like coding, especially those kids for whom opportunities like this have not been equally distributed, is how we prepare the next generation of entrepreneurs.”

The partnership’s new collaboration is called “Your Voice is Power”, which is specifically aiming to encourage middle and high school students to share their voices on equity, while learning lifelong skills like coding new music remixes.

The initiative is a unique intersection of technology and popular culture. It is also an ambitious project hoping to attract about 100,000 students, giving them an entrepreneurial experience to add to their current virtual learning environments.

Organizers believe this is an opportunity to also get students interested in the expanding field of computer science.

According to the Bureau of Labor Statistics, the market for computer science professionals is currently growing twice as fast as the rest of the labor market. Research also shows that computer scientists make $48,000 more than the media wage for all occupations in the United States.

To reach that goal, “Your Voice is Power” will introduce students to real-world computer science-based careers held by people of color.

“The more we support the next generation of artists and creators, the better the future of music will be. We are proud to work alongside Pharrell, a respected, visionary voice in promoting racial justice and helping students achieve long-term success,” said Ryan Redington, VP of Music Industry at Amazon Music.

“Across 13 research studies with over 1000 participants, Georgia Tech has shown that students who learn to code through music using EarSketch have a higher intention to persist in studying and pursuing careers in computing – especially BLNA students and women,” added Jason Freeman, Professor and Chair of the School of Music and the co-creator of EarSketch.

Students who submit their remixes to the competition will be judged by a panel of Amazon engineers, Amazon Music team members, and music industry professionals. Winners will be chosen based on the quality of music, complexity and organization of their code, and their inclusion of thoughtful messaging and calls to action about the importance of racial justice.

Teachers and students can visit AmazonFutureEngineer.com to get started; for a full list of rules, prizes, scoring guidelines; and accompanying curriculum.

Amazon said this partnership is a part of their ongoing mission to support education and racial equity initiatives in communities across the country, which now totals $27 million in donations from Amazon and company employees.