‘A Love Letter to Black LA’ 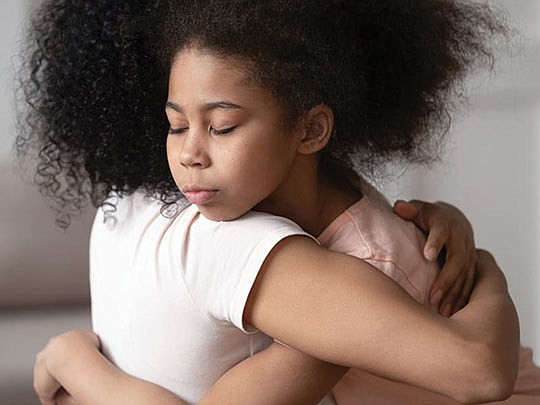 The Committee for Greater L.A. (CGLA), a cross-sectoral group of Angelenos advocating the dismantling of systemic racism, hosted an Aug. 20 community-driven virtual town hall. The event’s purpose was to propose a call-to-action to advance the committee’s initiative to #InvestInBlackLA.

CGLA also introduced its most recent and upcoming report, “The Path to Justice Runs through Equity: Ending Anti-Black Racism in Los Angeles.”

“While the current state of Black LA and the information in our report may be disheartening to many, it is intended to be a mirror to do what mirrors do—reflect the reality of what is there and spur us towards self-improvement,” April Verret, the opening speaker for the town hall said.

“The Path to Justice Runs through Equity: Ending Anti-Black Racism in Los Angeles” is a love letter,” Verret continued. “A love letter to the Black community in LA and encouragement to the city’s legislatures, civic and community leaders, and to all of us. To do better, to be better because we deserve better. The transformation we call for isn’t the responsibility of some of us. Black folk didn’t get here alone, and we won’t change things alone.”

In Sept. 2020, CGLA released its first report, “No Going Back: Together for an Equitable and Inclusive Los Angeles,” which shined a light on the disparities in LA amid the pandemic.

The committee’s inaugural report led to what CGLA calls its Black Experience Action Team (BEAT), who then commissioned the new proposal regarding Anti-Black Racism in LA.

Verret, president of Service Employees International Union (SEIU) Local 2015, is the committee chairperson for BEAT. The team is composed of 35 Black civic leaders in LA who work across various industries such as education, government, philanthropy, and clergy.

BEAT convened virtually every other Friday for a total of five months, beginning in February and until July, to compile the pressing systemic issues in LA and foster a roadmap for reformation.

“During our process, we drilled down on all of these topics,” said Dr. Ange-Marie Hancock Alfaro, head of the academic council for BEAT. “Sometimes spending two weeks on these topics, meaning two separate meetings where we just dedicated ourselves to really a holistic analysis of these topics.”

Unlike many other statistics-based reports, BEAT has outlined a 10-year vision and action plan for each systemic issue along with the findings. This includes sector-specific actions that can become follow-through pledges for advocates and civic leaders.

BEAT is also committed to implementing communal accountability and advocacy as its metric system to ensure progress.

“If you were to ask me what sets this report apart from others that we’ve seen, I’d say that while it is both comprehensive and specific, it is most importantly actionable,” Corey Matthews, a BEAT member, said during the town hall. “I describe the report as a roadmap and as a guide that, if followed, could really put us on firm footing to finally eradicate the anti-Black racism that has altered the life trajectories of generations of Black Angelenos.

“While these thorny and seemingly intractable issues have persisted for many generations, the power and promise of this report and roadmap is not in our interrogation of the issues but in actually how we arrived at our recommendations.”

The sponsors for this initiative are composed of over ten different organizations and public figures such as The Annenberg Foundation and City Councilmember Mark Ridley-Thomas. CGLA utilizes its partnerships to promote its #InvestInBlackLA movement.

CGLA recently announced a victorious step forward in its plans for reformation through the support of Councilmembers Mark Ridley-Thomas, Curren Price Jr., and Marqueece Harris-Dawson. The three authored an Anti-Racism LA motion introduced during the Aug. 24 City Council meeting, which the City Council unanimously passed. It urges the Civil, Human Rights, and Equity department to produce a Racial Equity Audit and develop a plan to address the barriers that hinder African-Americans’ economic stability.

“A threat to justice anywhere is a threat to justice everywhere,” Ridley-Thomas said paraphrasing Dr. Martin Luther King during the meeting. “We have to view the fight for racial justice in a holistic, comprehensive manner.

“We needn't be silent or nor should we pay lip service to this issue.”

To learn more about CGLA’s plans for reformation, or take the #InvestInBlackLA pledge, visit https://nogoingback.la.