Infrastructure and transportation equity is needed in South Los Angeles 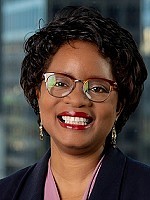 If South Los Angeles is going to reach its full potential, advocates believe that infrastructure will be at the heart of the community’s development and progress. That means moving people, information, and goods more equitably in Black and Brown communities.

However, concerned residents said the only way that is going to happen is by making sure South LA gets the necessary funding to improve the community’s core infrastructure, which many believe has been neglected.

“Infrastructure is such an integral part of really how we live our lives,” said second district Supervisor Holly Mitchell. “Everything from accessing the internet to being able to safely catch a bus to go to work, to how our kids get to and from school safely.

“Every day we rely on infrastructure to make our communities function.”

Additionally, the importance of transportation was heightened during the pandemic because many essential workers were not afforded the ability to work remotely.

“It made visible what sometimes we want to make invisible,” said Elizabeth Medrano, a transportation equity advocate who rides the bus several times a week in South LA. “We discovered that we have essential workers. They’ve been there forever since the beginning of society, really making the machine work.”

“I’ve been a bus rider since 1994, when I was a teenager and a high school student. I’ve been doing organizing and advocacy since 1997,” said Medrano, who lives in the second district but works across the county. “I am also a pedestrian. I ride on the bus and train. I walk a lot.”

“It has really been 18 months of disruption. More than a crisis,” Wiggins added in reference to the ongoing COVID-19 pandemic. “It has been an opportunity to revisit and rethink everything that we do.”

Wiggins said LA Metro is ready to lead with equity and focus directly on serving specific communities. For example, 500,000 bus and train riders used Metro daily during the peak of the pandemic. Currently, 750,000 people are using the public transit system daily.

“We know that equity is intentional. We have to look at race and not rely on these surrogates of geography,” Wiggins explained. “The pandemic has shown us that this pandemic did not meet communities by geography. (The coronavirus) does not discriminate and yet we know Black and Brown communities were impacted the most by this pandemic for underlying health disparities.

“It really elevates the importance of providing quality transportation.”

“Our agency does everything from water to sewer to storm drains… to providing transit,” said LA County Public Works Director Mark Pestrella. “We work on private property and public property to improve the communities that we serve in the second district.”

Pestrella said he has worked for LA County for 35 years as a public servant. He said his goal is to find out what he can do to make everyone’s neighborhoods nice and more livable.

“Infrastructure is a symbol of the society’s well being,” Pestrella continued. “It is easy to see where we are suffering. It is not unclear to me (to see) where disparity and the design of that infrastructure have created great strife in the communities of the second district and disadvantaged communities throughout (LA County).”

Mitchell believes part of the government’s central role is to help people live their lives with dignity. Part of that means South LA gets its fair share of the federal government’s $550 billion dollar infrastructure investment plan, which has been proposed by the Biden administration.

“So many of these projects have been ignored for decades that we have to play catch up,” Mitchell said. “It is really an antiquated system.”