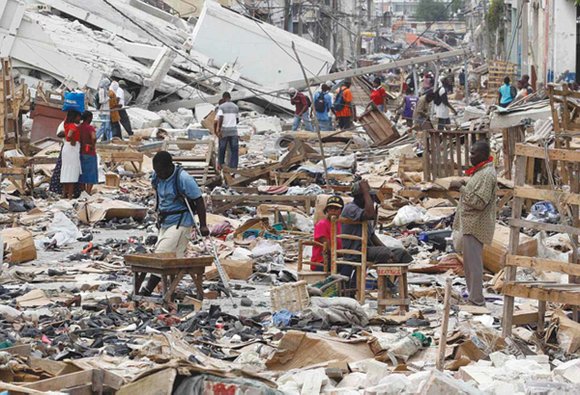 At midweek, it was estimated that around 1.2 million people—including 540,000 children—have been impacted by the 7.2-magnitude earthquake which struck southwestern Haiti on Saturday morning, according to UNICEF.

The quake left an estimated 2,000 people dead and more than 9,000 injured. That toll is expected to rise, with search-and-rescue efforts hampered by a lack of resources and by heavy rains, which have caused mudslides that blocked roads in the region.

Tropical Storm Grace, which hit the same region late Monday “is further disrupting access to water, shelter, and other basic services,” UNICEF said in a statement Tuesday. “Flooding and mudslides are likely to worsen the situation of vulnerable families and further complicate the humanitarian response.”

On Tuesday, donor countries and humanitarian organizations increased efforts to help the country. The Pentagon announced it had formed a joint task force to assist USAID in disaster relief efforts, while the United Nations allocated $8 million in aid to Haiti, according to a statement by United Nations Secretary-General Antonio Guterres.

Bruno Maes, UNICEF’s representative in Haiti, said he had witnessed strong winds and heavy rainfall in the area affected by the earthquake.

“Countless Haitian families who have lost everything due to the earthquake are now living literally with their feet in the water due to the flooding,” he said.

The agency is distributing tarpaulins, latrines, showers, water reservoirs and hygiene kits as part of a joint effort with partners, it said.

Haiti is prone to mudslides due to the topography of the island—the country is home to mountains more than 10,000 feet tall—and years of deforestation that has created an ecological disaster, said CNN meteorologist Michael Guy. Some 42 of the country’s 50 highest mountain peaks are completely devoid of vegetation, and only 1 percent of Haiti’s primary forest remains, he added.

The soil has also been destabilized by the recent earthquake and the aftershocks that followed. Add heavy rain over a very short period of time and you have the recipe for dangerous, even life-threatening mudslides, Guy said. Aftershocks and mudslides have obstructed the roads between the cities of Les Cayes and Jeremie, with repairs underway.

Saturday’s quake destroyed and damaged tens of thousands of homes, according to the civil protection agency. It also blocked roads and wrecked infrastructure, making it difficult for vital supplies to reach the affected areas.