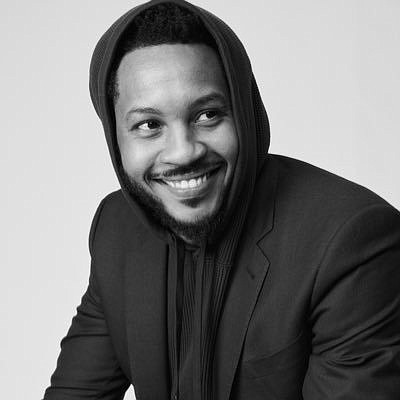 NBA All-Star Carmelo Anthony announced that he’s launching his own global content company called “Creative 7” — named after the New York Knicks jersey number that he wore from 2011 to 2017 — to bring his media projects to life, reports Variety and the Hollywood Reporter.

“Storytelling brings people together, and it can serve as a vehicle for propelling larger societal conversations and understanding,” Anthony said. “We are interested in all types of stories that have the power to serve as catalysts for the change we wish to see in the world.”

Anthony’s Creative 7 — which was launched with co-founder and producer Asani Swann — will operate as a multi-platform production and content banner that will develop and produce original content both scripted and non-scripted productions — including documentaries, television series, feature films, animation and podcasts.

“Asani and I founded Creative 7 because we both share a passion for creating original content that will give a voice to the silenced, advocate for the underserved and celebrate the resilience of the human spirit,” Anthony shared. “We are in a time of profound transformation so we believe it is more important than ever to spotlight the individuals and the stories that will uplift the world and inspire lasting change.”