Midterm election is next year 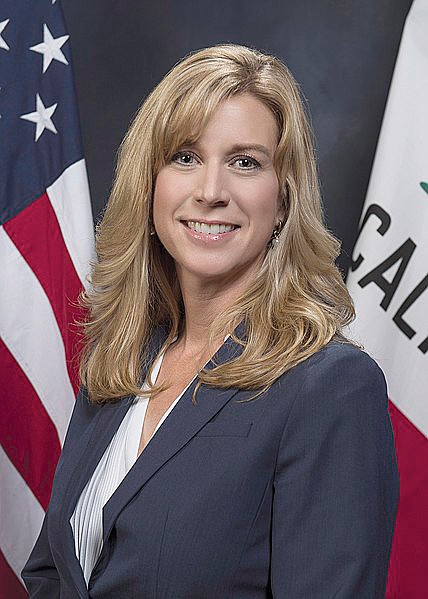 Former Assemblywoman Christy Smith, a Democrat from Santa Clarita, announced Wednesday, March 31 that she will challenge Republican Rep. Mike Garcia in the 2022 midterm election for Garcia's 25th Congressional District seat. It will be Round 3 between Smith and Garcia, with Garcia winning both previous encounters.

Hill had flipped the seat -- a longtime Republican stronghold -- to the Democratic side in 2018.

Smith, 51, who represented the 38th Assembly District after winning the seat in 2018, pointed to the small margin in the November election as a reason she's seeking a rematch with Garcia.

“333 votes was the difference,'' she said in a campaign commercial released Wednesday. “334 votes is all it will take. Join me. Let's get this done!''

Smith also told the Los Angeles Times that the coronavirus pandemic played a factor in her most recent loss to Garcia.

“We made a conscious choice not to canvass door to door, which had been our strength in prior cycles,'' Smith said.

Smith added that President Joe Biden won the district by more than 10,000 votes in November -- but that momentum did not carry down the ballot to the congressional race.

“We know that that's exactly where our missed opportunity was -- knocking on doors, making a compelling case for people to persist through that ballot, to also vote for Congress and their local races,'' Smith said.

Smith is a former president of the Newhall school board. The 25th Congressional District encompasses Santa Clarita, Palmdale and Lancaster, and other outlying parts of the Antelope Valley and part of Simi Valley.

Garcia campaign spokesman Lance Trover called Smith a “failed politician'' who is “clearly hoping the third time's a charm, but no matter how many times she runs and how many times she tries to reinvent herself with voters, the facts are clear: Smith supports higher taxes on working families, public funding of her congressional races while defunding our police, and a wide open border, and those are simply not the values of CA-25 families.''