Bruce's Beach: The politics of figuring out how to make a past wrong right 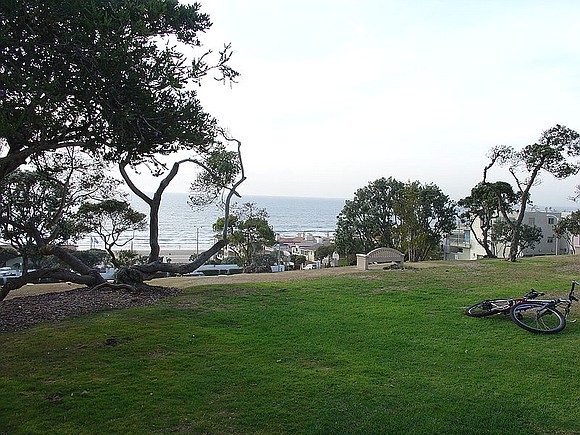 Okay, the Bruce’s Beach issue is back in our face again. That’s generally what happens when one does not take corrective action on a significant issue the first, second or even third time it confronts us.

So what’s this about, you may wonder. What the hell is Bruce’s Beach?

Where is it? Why should any of us care about it? Is someone throwing a “crush the pandemic” party there this weekend?

Well, Bruce’s Beach—the land---is located in Manhattan Beach right at Highland Avenue between 26th and 27th streets. It exists now as a small, peaceful hilltop park overlooking the surf a block or so down a grassy slope. Visitors regularly gush over the serenity there.

In the beginning history of Manhattan Beach, Willa and Charles Bruce got in early and bought some beachfront property in the developing municipality, and opened a beach resort for the Black population of Los Angeles. That didn’t sit well with several people, including some local KKK sympathizers, and the latter, aided by other property owners, eventually convinced the developing Manhattan Beach city council to simply take the Bruce’s land from them, stating that the city would develop the property into a municipal park. Well, the city seized the land, but, through the rest of the century, did not develop it into a city park or anything else.

In March, 2007, the City of Manhattan Beach, after public demonstrations, renamed the now-severely reduced property Bruce’s Beach and placed a monument on the land which provided a small and anodyne historical note on the origins of the beachfront area. The 2020 George Floyd protests re-raised the issue of the land’s racial past, and in 2021, a L.A. County Supervisor, Janice Hahn, asked why a definitive solution had not been created to deal with the historical inequity of the place.

Within the last few days, the L.A. Times ran a series of editorials on the issue. And what is the issue here? Should there be some sort of reparations granted to members of the Bruce family for the “racist” acts of Manhattan Beach legislators who used eminent domain and seized their family’s property in the 1920s to eliminate Black ownership of beach property in the area and to discourage Black patrons from coming to Manhattan Beach?

Asking an intriguing and important question, the Times editorials put forth, ‘why should modern-day Manhattan Beach citizens apologize for and bear the weight of racist acts by their predecessor citizens and civic leaders over a century ago? Their collective answer was ‘because they, like many others, have accepted and continue to utilize benefits from the unearned privileges many of them now see as a birthright, rather than to investigate and understand that those privileges are based on racist decisions and actions of their ancestors. The L.A. Times editors said yes, there should be some form of reparations provided to the surviving Bruce family members. Supervisor Hahn said there should be a Task Force created to offer a logical step forward, possibly including some reparations activity.

This column recommends the immediate establishment of a Los Angeles County Reparations Task Force (similar to the San Francisco Reparations Task Force) to look into the Bruce Beach situation and other historical wrongs in this part of California. The Task Force can be mandated to work for six months to craft a series of recommended tangible steps the County Board can take to address several pertinent issues of past (and sometimes continuing) racial friction and overt racial activity.

The L.A. Board of Supervisors, as currently staffed, is uniquely qualified to create such a panel as another plank to support the recently passed AB3121 statute to create a California State Reparations Commission.