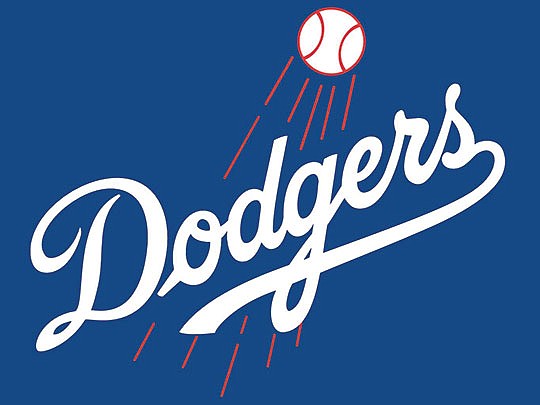 Obviously, the Dodgers are the first name considered when discussing Black baseball players due to their signing of Jackie Robinson in 1947, which ushered in the era of integrated professional sports. This would play a significant role in the coming Civil Rights Movement.

The Dodgers, in adhering to the coronavirus pandemic mandate that no fans can be allowed into the stands, featured cutouts of six legendary figures from the Negro Leagues, including Cool Papa Bell, Oscar Charleston, Rube Foster, Biz Mackey, Bullet Rogan and Martin Dihigo. All are members of the Baseball Hall of Fame.

“Celebrations like this are so important to shine a light on trailblazers in our sport that helped open doors for opportunities for people of color, not just in baseball but in society at large,” said Naomi Rodriguez, Dodgers vice president of external affairs and community relations. “The impact of the Negro Leagues continues to be felt to this day in terms of entertainment and diversity in our game and we’re proud to help commemorate this milestone.”

Rube Foster is generally acknowledged to be the founder of the Negro League in 1920. However, he was no stranger to organized sports ownership having formed the Chicago American Giants in 1911. He realized early success on the field and financially, but witnessed frustration at how fellow owners and players were treated by White booking agents. Undaunted, in 1919 he began writing a series of columns in the famous Chicago Defender newspaper advocating the need for a Black baseball league that would “...create a profession that would equal the earning capacity of any other profession...keep colored baseball from the control of Whites (and) do something concrete for the loyalty of the [Black] race.”

Negro League baseball actually got its start thanks to the increasing popularity of two things after the Civil War: baseball and segregation. The National Association of Amateur Baseball Players rejected Black membership in 1867. One year prior, team owners in the “Whites-only” National League adopted a “gentlemen’s agreement” to keep Blacks out. Subsequent African-American players found their greatest opportunities with traveling teams until the early 1920s until Foster would launch the Negro National League.

Development of the sport led to attempts to exclude Blacks from its highest ranks. In 1867, for instance, the National Association of Amateur Baseball Players elected to reject applications from African-American clubs. By 1876, the professional National League was formed by owners fully  intent in keeping it a “White man’s game.”

Undaunted, African-Americans continued to play and thrive at various levels of professional baseball. In 1884, catcher Moses Fleetwood Walker of the Toledo Blue Stockings became the first Black person to play in what was considered a major league game. Walker and fellow African-Americans frequently faced outright hostility and threats from both teammates and opponents.

Stability would prove fleeting for the Negro League. Players tended to jump around from team to team in pursuit of the highest bidder. Sometimes teams would skip league games when a more lucrative exhibition offer surfaced. In 1933, Pittsburgh Crawfords owner Gus Greenlee restarted the Negro National League after health issues forced Foster to relinquish his control. That year, Greenlee introduced an East-West All-Star Game in Chicago which would become the sport’s biggest annual event, attracting more than 50,000 fans at its peak.

The Negro League would enjoy a resurgence of success by virtue of new owners and a dazzling display of some of the most famous names in professional baseball such as Josh Gibson of the Homestead Grays and Pittsburgh Crawfords. He was renown for hitting tremendous home runs, despite the fact that the Negro League would be most famous for speedy base running and flashy showmanship.

Leroy “Satchel” Paige was the most famous player of the old Negro League, known for guaranteeing to strike out the first six batters he faced, or even order his outfielders to the dugout in the middle of an inning in a display sheer confidence that he would not allow a fly ball. In 1948, at age 42, Satchel Paige would pitch for the Cleveland Indians.

The success of players like Robinson, Larry Doby, Monte Irvin, Roy Campanella, Don Newcombe and Orestes “Minnie” Minuso would draw the attention of the Black community more toward Major League Baseball and would eventually drain the Negro League of its fan base. The Negro National League would disband in 1948, while the Negro American League would limp through the 1950s—despite attempts to sign White players and some women in a futile attempt to increase its fan base.

Despite the growing power of the Civil Rights Movement, Major League Baseball was still slow to change. As late as 1953, only six of its 16 franchises were fielding Black players. However, the historic accomplishments of young stars like Willie Mays, Hank Aaron and Ernie Banks soon prompted organizations to change their ways.

By 1959, the Boston Red Sox became the last major league team to integrate with the addition of infielder Elijah “Pumpsie” Green. The following year, the Negro American League folded. Some longtime franchises like the Kansas City Monarchs, featuring the legendary Buck O’Neal, attempted to stay afloat, but the combination of lower-grade talent and strengthening of major sports franchises led to their extinction. Only the Indianapolis Clowns managed to continue as a traveling team until disbanding in 1989.