A continent of contrasts 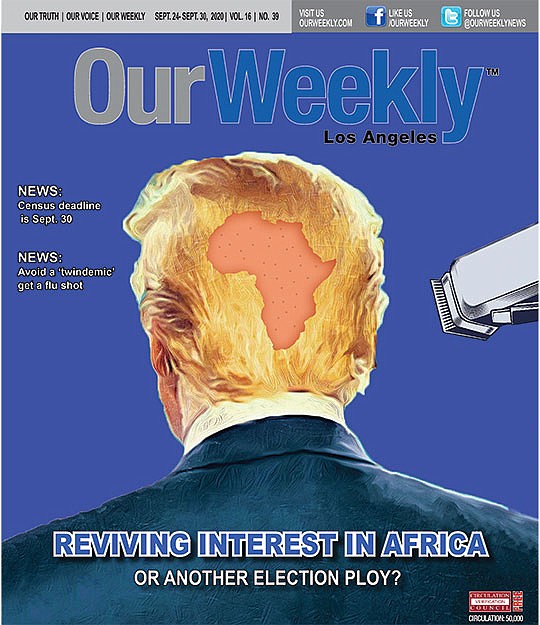 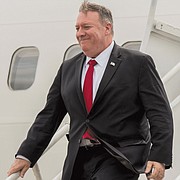 Africa has always been a land of contrasts. Often demeaned as one of the poorest regions on earth, the world’s “developed” nations simultaneously conspire to plunder its natural resources in a modern repetition of the Colonial Era.

Curiously (or not so curiously) enough, America’s current administration has largely ignored the “Dark Continent” aside from the casual insults and outright racist remarks, which are now a staple of the Presidential Lexicon.

Recently, there seems to be renewed interest in Africa among America’s power brokers, starting with U.S. Secretary of State Mike Pompeo’s trips there in February, with stop overs in Ethiopia and Angola. Since his return, Pompeo has peppered the media with headlines and statements touting American concerns and contributions to Africa while denouncing the presence of the People’s Republic of China (PRC)in that region.

More specially, in a press statement (aptly titled “Empty Promises from the People’s Republic of China in Africa”) from June 24, he stated that “...it’s no secret the PRC is by far the largest bilateral creditor to African governments, creating an unsustainable debt burden.”

China has long been involved with several of the 54 countries that make up the continent, a relationship that seems to have raised U.S. attention since the PRC has become the world’s largest economy over the past decade.

In an attempt to gain clarity about the attentions of both nations in that part of the world, local pastor the Rev. Alfonzo “Al” Washington agreed to weigh-in on the unfolding situation. In addition to his pastoral duties, Washington is the Executive Director of the Africa-USA International Chamber of Commerce. Since his first trade mission to Africa in 2004, he has run across Chinese nationals in Ethiopia, Ghana and Uganda.

“In most cases they were involved in building power and transportation infrastructure for urban centers, ports, railroads, streets and highways and housing for Chinese workers,” he remembers.

While most likely the major player in economic interplay, China is not the only outsider involved, as the European Union (EU) is active as well.

“Spain, France, Germany, the Netherlands and Italy are the largest EU trade in goods partners for Africa,” he notes.

It may go without saying that the prospect of financial windfall has drawn others into the fray as well.

Another form of Diplomacy?

“I normalized diplomatic relations with China in 1979. Since 1979, do you know how many times China has been at war with anybody? None. And we have stayed at war.”

While a bit self-serving, Pompeo may be onto something in his unbridled criticism of China’s foreign policy. As Washington notes, the PRC has its own agenda to pursue.

“China is politically motivated to invest in Africa because the continent represents a prime opportunity for China to significantly expand its global presence and influence.”

Picking up on the observations of our 39th President, China has avoided the money pit incurred by massive defense spending, enabling it to further its policies in more peaceful methods, with more tangible results.

“China has not wasted a single penny on war, and that’s why they’re ahead of us. In almost every way,” Carter said.

A frequent contributor to Our Weekly and Professor Emeritus of Africana Studies at California State University, Northridge, David Horne, PhD., has coined a novel term for this foreign methodology, along with a chilling assessment of what is unfolding globally.

“China’s “quiet colonialism” in Africa is not threatened by the Trump administration,” he believes. Going on, he makes another pessimistic analysis of outsider motivations and America’s standing in the global community.

“To China, the U.S. under (Donald J.)Trump is a non-factor—many African countries do not even have American ambassadors.

“Whether it is Ebola or Covid, the United States is there. Not only did we not set fire to the village but we’re bringing the most buckets of water.”

While not nearly as involved in Africa as previous administrations going back to the Presidency of Bill Clinton, Donald Trump has his own initiative, Prosper Africa, introduced by former UN Ambassador and National Security Adviser John Bolton, circa 2018.

Earmarked to promote trade and investment between the 55 member African Union (AU) and the United States, it precedes Pompeo’s sentiments about China’s (and their socialist brethren in the Russian Federation) overtures on the continent as predatory practices.

These American gestures are dwarfed by the fortune funneled into Africa by the Chinese (according to some sources as much as $143 billion in loans).

Pompeo has insinuated that, unlike China (who holds the most debt to African countries), American aide to the continent is largely altruistic, with no strings attached.

In a June 24 news conference, Pompeo declared that “...most U.S. foreign assistance, by contrast, comes in the form of grants rather than loans, in order to promote transparent, private sector-led economic growth that benefits all parties.”

All roads lead to November

“The U.S. and Chinese firms at least for now are active in different sectors, and they represent different models for economic development.”

—Judd Devermont, director of the Africa Program at the Center for Strategic and International Studies (CSIS)

It is worth considering the timing of all these gestures of Yankee generosity. In the wake of Trump’s early, well-publicized efforts to inhibit immigration of refugees from Haiti, Nigeria, Sudan, Tanzania, and other Third World nations (i.e., “sh*thole countries”), he made a flurry of phone calls in April pledging ventilators to Africa in the wake of the COVID-19 epidemic. This in addition to Pompeo’s magnanimous award of $270 million on April 22 to assist at-risk countries (most of them African) in fighting COVID-19 seems to be a blatant attempt at boosting his image in the months leading up to the election in November (while simultaneously making a not-so-subtle jab at his nemesis China, whom he blames for causing the virus).

Self promotion and denigration of one’s opponents are part and particle of the political process, but these recent maneuverings possibly present a new high in the flagrant manner in which the Chief Executive overtly manifests his objectives and intentions.

Horne is equally open in his appraisal of these proceedings.

“Trump is looking for anything from which he can claim a positive victory right now,” he believes.

Another factor: Trump is relatively unsophisticated in the nuances of political intrigue.

“He’s too erratic and is a major irritant for China’s foreign policy agenda.”

Still, Trump’s desperation in the waning hours of this campaign are to be reckoned with.

“If he (Trump) could get the UA to support the UAE (United Arab Emirates ) - Israel pact (which is meant to encourage the involved parties to respect their neighbor’s sovereignty), that would be great, though it won’t happen.”