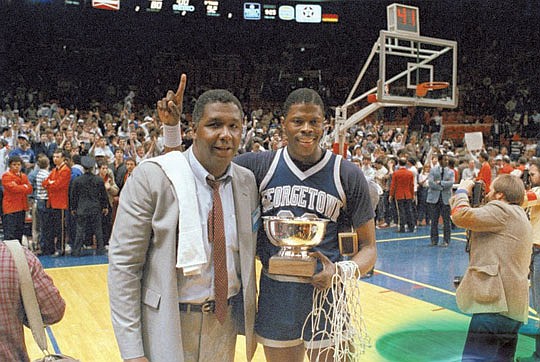 John Robert Thompson Jr., former basketball coach for the Washington D.C. area’s Georgetown Hoyas men’s basketball team, died Aug. 30, according to a family statement. No details were disclosed. He was 78.

Thompson became the first African-American head coach to win a major collegiate championship in basketball when he led the Hoyas to an NCAA Division I national championship in 1984.

Thompson took over the Georgetown program in the 1970s and molded it into a contender, culminating with a national championship team anchored by center Patrick Ewing in 1984.

“Thanks For Saving My Life Coach,” former Georgetown and NBA player Allen Iverson wrote in his tweet. “I’m going to miss you, but I’m sure that you are looking down on us with a big smile.  I would give anything just for one more phone call from you only to hear you say, ‘Hey MF’, then we would talk about everything except basketball.”