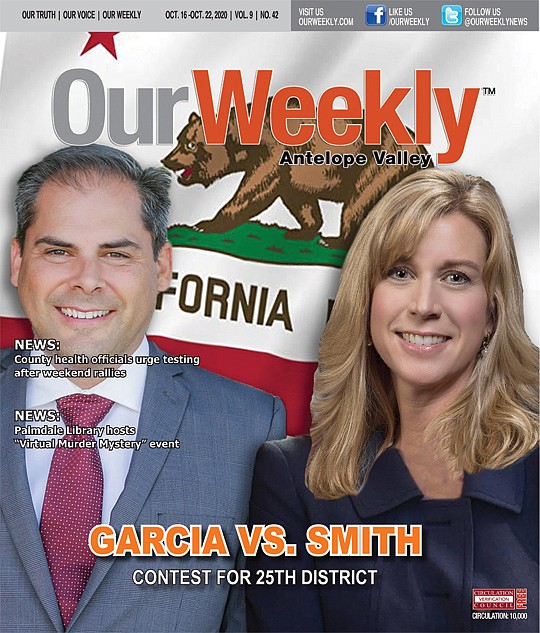 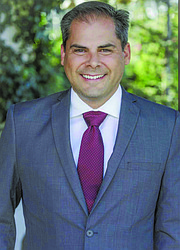 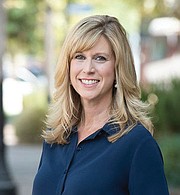 California’s 25th Congressional District has become an unexpected battleground since 2016. Situated in the northern portion of Los Angeles County, the district includes parts of  Ventura County as well as the cities of Palmdale, Lancaster and the regions of Simi Valley and Santa Clarita.

Lately, it has become one of several Democrat-trending districts in California that voted for Mitt Romney in the 2012 presidential election, and Hillary Clinton in 2016. In the 2018 midterm elections, former Rep. Katie Hill flipped the district from Republican to Democratic with an eight-point victory over incumbent GOP Rep. Steve Knight.

About 11 months into he term, however, Hill resigned from the House after dozens of explicit photos of her were published on websites including the conservative blog RedState and the Daily Mail.

On March 3, Christy Smith, a Democratic state assemblywoman and former school board member, faced off against Mike Garcia, a former navy fighter pilot and defense contractor, to win the right to complete the remaining portion of Hill’s term. Garcia prevailed and now the two will face off again on Nov. 3 to represent the seat in the 117th Congress.

Winning the seat was considered a big victory for Democrats in 2018. The 25th District has long been considered a Republican stronghold. But despite party heavyweights like Clinton and former President Barack Obama stepping into endorse Smith, Democrats were forced to lower their expectations for the outcome of the March special election—and they suffered a loss.

Garcia’s win marked the first time since 1998 that the GOP flipped a California district from Democratic to Republican. He became the only House Republican to represent a district that Clinton won with more than 50 percent of the vote in 2016.

For Republicans, Garcia was an ideal recruit as a political newcomer and a Latino with a military background in a racially-diverse district where the defense and aerospace industries are major employers. But while Garcia is looked upon as a strong candidate in an otherwise tough environment for Republicans, Democrats are holding out hope that they win back the seat with Smith who has far more political experience than her rival. As well, the extraordinary public-health circumstances surrounding the election could have a significant impact on the level of voter turnout and which groups are more likely to vote.

Mike Garcia, 44, is a Santa Clarita native. A former U.S. Navy fighter pilot, he graduated from Saugus High and matriculated to the United States Naval Academy where he received a Bachelor of Science degree in political science. In 1998, he received his Master of Arts in national security policy studies from Georgetown University.

During the 2003 U.S. military invasion of Iraq, Garcia would eventually fly more than 30 combat missions. After the military, Garcia worked as a business development manager at Ratheon Intelligence & Space.

Garcia said he entered politics because he wanted to “provide services to constituents who had been without representation in Congress” during the seven months of controversy during Hill’s congressional tenure. In a relatively short period of time, Garcia has worked well with the White House and with county officials on federal cooperation with local fire districts to secure aerial tankers and federal support. Also, Garcia’s efforts have made a contribution to Palmdale being considered as permanent headquarters of the United States Space Command.

Garcia campaigned on strengthening the military and cutting taxes. He is focused on improving the economy and has consistently spoken against Democratic leadership in Sacramento. Garcia’s platform has included promises to “defeat socialism,” “build the wall” with advocacy of “securing and better surveillance of our borders.” He also supports congressional term limit.

Garcia has stated he is in favor of an infrastructure bill, but not an increase in the federal gas tax. He advocates for a second COVID-19 relief package, as well as another round of Paycheck Protection Loans for businesses.

“As the country recovers from the economic damage imposed by the COVID pandemic response, it is more important than ever to have federal policies that encourage economic growth and employment through reasonable—not confiscatory—taxation,” Garcia said.

As of August, Garcia had raised more than $4.3 million, compared to $3.4 million for Smith. The Center for Responsive politics has reported that the Garcia camp has about $740,000 cash on hand. Smith has some $405,000 at the ready.

Garcia and wife, Rebecca, have two sons and reside in Santa Clarita.

Assemblywoman Christy Smith, 51,  represents the 38th District. A 40-year resident of  Santa Clarita, Smith attended College of the Canyons and later graduated from UCLA with a bachelor of arts degree in political science. Smith began her professional career at the U.S. Department of Education. She served two terms as a governing board member of the Newhall School District. In time, she would found the Valencia Valley Technological Education Foundation that worked to connect schools to the internet and place more computers in classrooms.

Smith has said she entered politics because “schools were failing our students and our economy,” she said.

A look at Christy Smith

“I believe that a great education levels the playing field and creates more opportunity for all of our young people,” Smith said. “I am dedicated to making sure that all of our young people receive a world class education to fully prepare them for a thriving and successful future. In Congress, I will work to invest in local public classrooms so that we can hire more teachers and reduce class sizes, and pay teachers livable middle class wages.”

Smith also wants to reduce the chances of college students going into lifetime debt. She wants to increase the affordability and availability of options like job training, apprenticeships and technical schools.

While staying attuned to the educational needs of children, Smith, a registered nurse by trade, focuses a significant portion of her legislative time on health care services. She has worked to increase the number of community health care clinics and has advocated for more senior centers and wellness centers.

“Working across the isle”

Smith helped to pass a paid family leave law for new parents and caregivers. As well, she has penned legislation to compensate victims of human trafficking and co-authored a law that ensures that first responders have mental healthcare covered in their workers’ compensation policies.

Among her key messages in Sacramento, Smith has tried to “work across the isle” to make healthcare more accessible, particularly in supporting more protection for persons with pre-existing conditions. Also, Smith favors reinstating the State and Local Tax deduction which is designed to help lower taxes for California families by up to $12,000 annually. She has vocally opposed any and all changes to Proposition 13.