Don’t mess with our ‘side hustle’: Thousands of folks depend on it 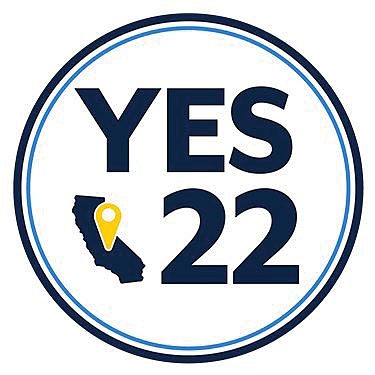 As President and CEO of the California Black Chamber of Commerce I know the importance of creating and keeping jobs—especially in the Black community. I also understand the damage done with every job that is lost and how much worse that is in the middle of a recession that has already taken a toll on the state’s entire workforce.

Prop 22 offers a chance to change course and reverse this damage. Prop 22 would protect the app-based jobs Black Californians need and the services all Californians rely on. Prop 22 also improves the quality of app-based work by providing drivers with an earnings guarantee of 120 percent of minimum wage plus 30 cents per mile compensation toward expenses and new benefits like health care. And it keeps food and medicine deliveries available for the people who depend on them.

Saving these jobs is good for everyone. But it's necessary for the Black community. With an unemployment rate far higher than the general public, many Blacks rely on independent work just to get by. App-based services like Uber, Lyft, DoorDash, and Postmates have proven to be leaders at providing income opportunities for Blacks. Losing jobs hurts everyone, but the statistics prove that Blacks are hurt the most.

By May of this year we were only 2 months into the pandemic and California had already reached 15.5 percent unemployment after losing 2.3 million jobs. The Pew Research Center reported that COVID-19 impacts affected lower-income people the hardest. Despite hopes for a V-shaped recovery, the losses have been long lasting. Half of adults who lost jobs during the pandemic are still unemployed. Like many financial indicators, Blacks feel the impacts greater than other groups. The Pew Center also noted that 18 percent of Whites reported difficulty paying bills during the pandemic.  That’s compared to 43 percent for Blacks.

The impacts of job loss are real, and all indications are that this recovery will be slow. Each lost job represents a family depending on those wages. The true impact of poverty is difficult to capture on a chart because it’s hard to measure the depth of pain. California should be doing everything in its power to keep existing jobs and create new ones.  Instead, we’re on the brink of losing more. Hundreds of thousands of more jobs lost will only deepen the statewide impacts of the recession and further slow our recovery.