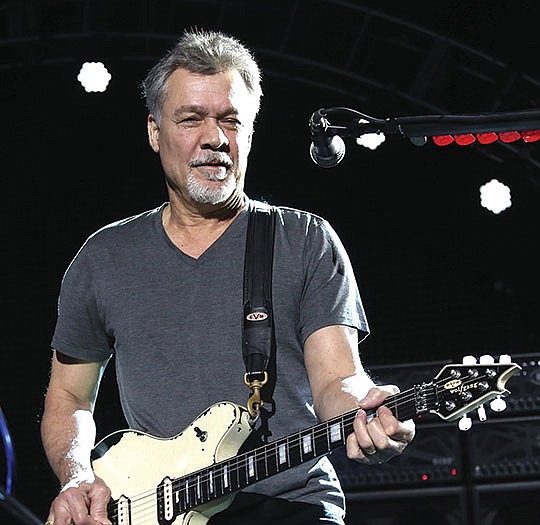 Eddie Van Halen, the master guitarist who teamed up with his drummer brother to create Van Halen—one of the most influential and memorable “hair bands’’ of the 1980s—died this week following a long battle with cancer. He was 65.

“I can’t believe I’m having to write this, but my father, Edward Lodewijk Van Halen, has lost his long and arduous battle with cancer this morning,’’ his son, Wolfgang, wrote in a social media post on Tuesday announcing the death. “He was the best father I could ever ask for. Every moment I’ve shared with him on and off stage was a gift. My heart is broken and I don’t think I’ll ever fully recover from this loss. I love you so much, Pop.’’

TMZ reported that Van Halen died at St. John’s Hospital in Santa Monica after a battle with throat cancer, which he had been fighting for more than a decade.

Born in the Netherlands but reared in Pasadena, he and his brother, Alex, teamed up with flamboyant singer David Lee Roth and bass player Michael Anthony while at Pasadena High to create Van Halen in the 1970s.

They went on to become one of the biggest rock bands in the world, particularly following the release of their legendary album “1984.’’ The band pumped out energetic hits such as “Panama,’’ “Jump’’ and “Hot for Teacher.’’

Eddie Van Halen was consistently ranked as one of the top rock guitarists of all time, putting him in big demand. He famously provided the lead-in guitar track for Michael Jackson’s smash hit song “Beat It.’’

He also battled alcohol and drugs, reportedly contributing to the ultimate end of his 16-year marriage to actress Valerie Bertinelli. On social media Tuesday, Bertinelli reposted Wolfgang’s announcement about Eddie Van Halen’s death. On Twitter, she posted a string of broken-heart emojis.

His throat cancer has generally been attributed to long-time smoking habit, but TMZ reported that Van Halen believed he developed cancer from a metal guitar pick he used to hold in his mouth.

Van Halen is survived by his son and his wife, Janie.

His death sparked an outpouring of grief in the rock community, led by Hagar, who tweeted a photo of the two together accompanied by the message: “Heartbroken and speechless. My love to the family.’’ Aerosmith tweeted: “Rest In Peace @eddievanhalen You will be missed! #Legend,’’ while Billy Idol wrote: “Rest in peace guitar legend Eddie Van Halen. We will miss you.’’ From Journey guitarist Neal Schon: “God Bless you Eddie. I’ll always remember the great times we had. My sincere condolences to all Family and friends. I am heart broken Broken. RIP Brother xo.’’

Paul Stanley of KISS wrote: “Oh NO! Speechless. A trailblazer and someone who always gave everything to his music. A good soul. I remember first seeing him playing at the Starwood in 1976 and he WAS Eddie Van Halen. So shocked and sad. My condolences to Wolfie and the family.’’

KIIS’ Gene Simmons tweeted: “My heart is broken. Eddie was not only a Guitar God, but a genuinely beautiful soul. Rest in peace, Eddie!’’